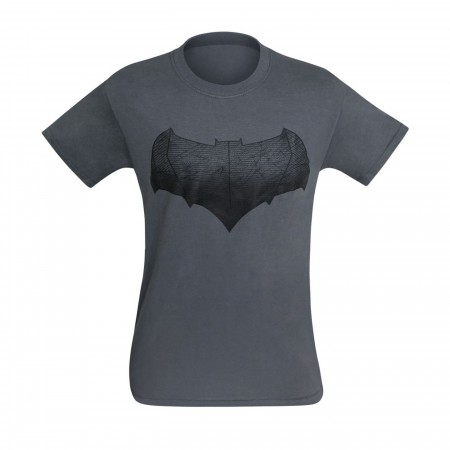 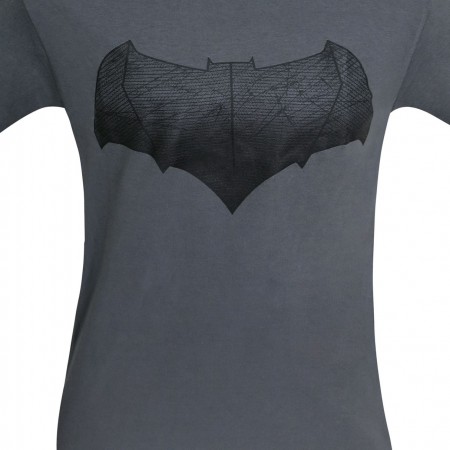 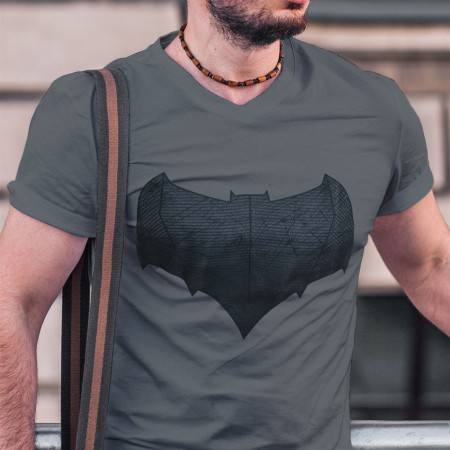 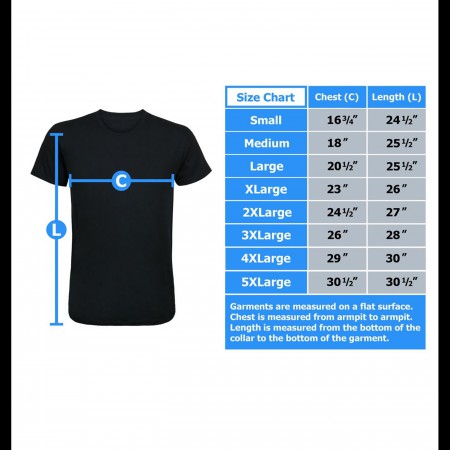 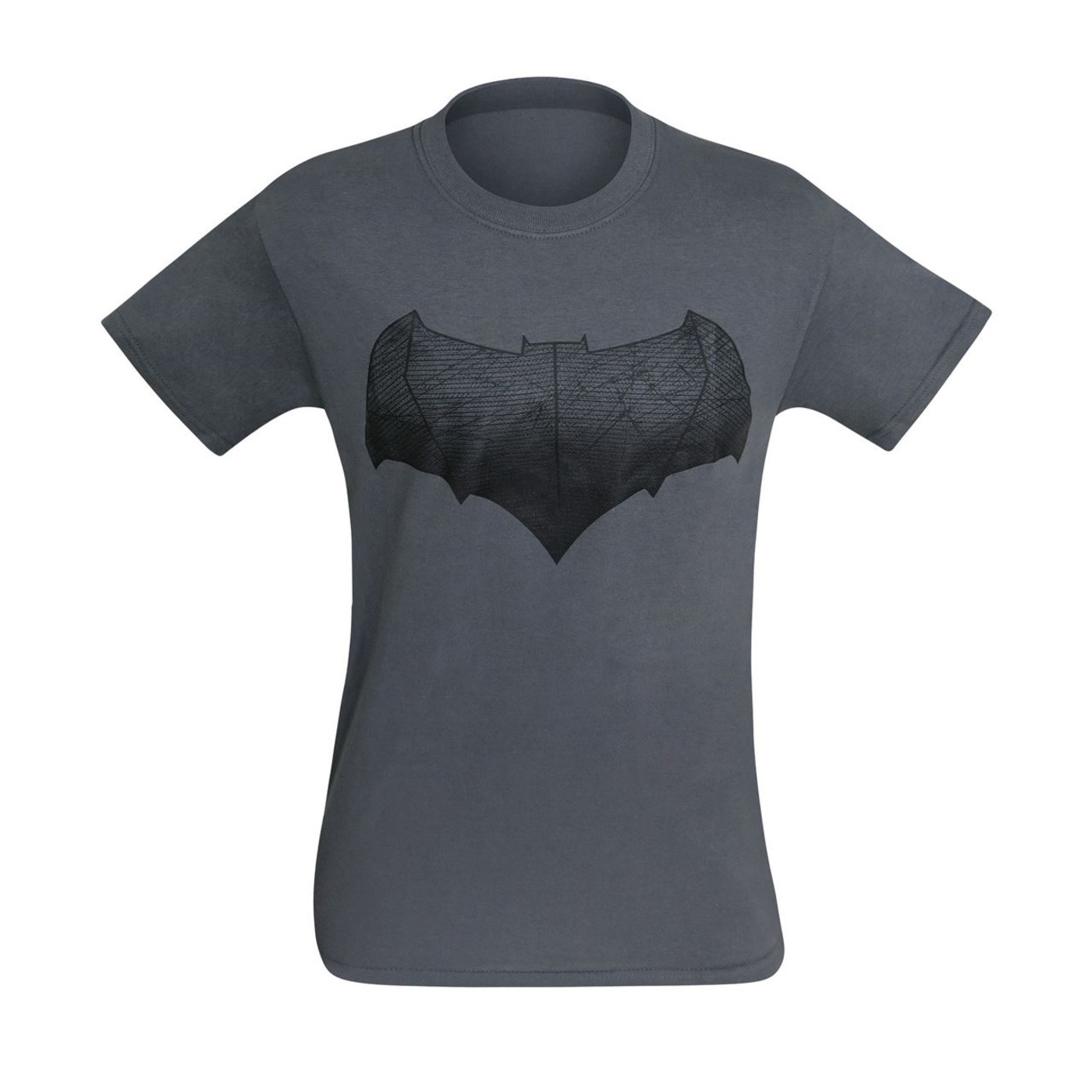 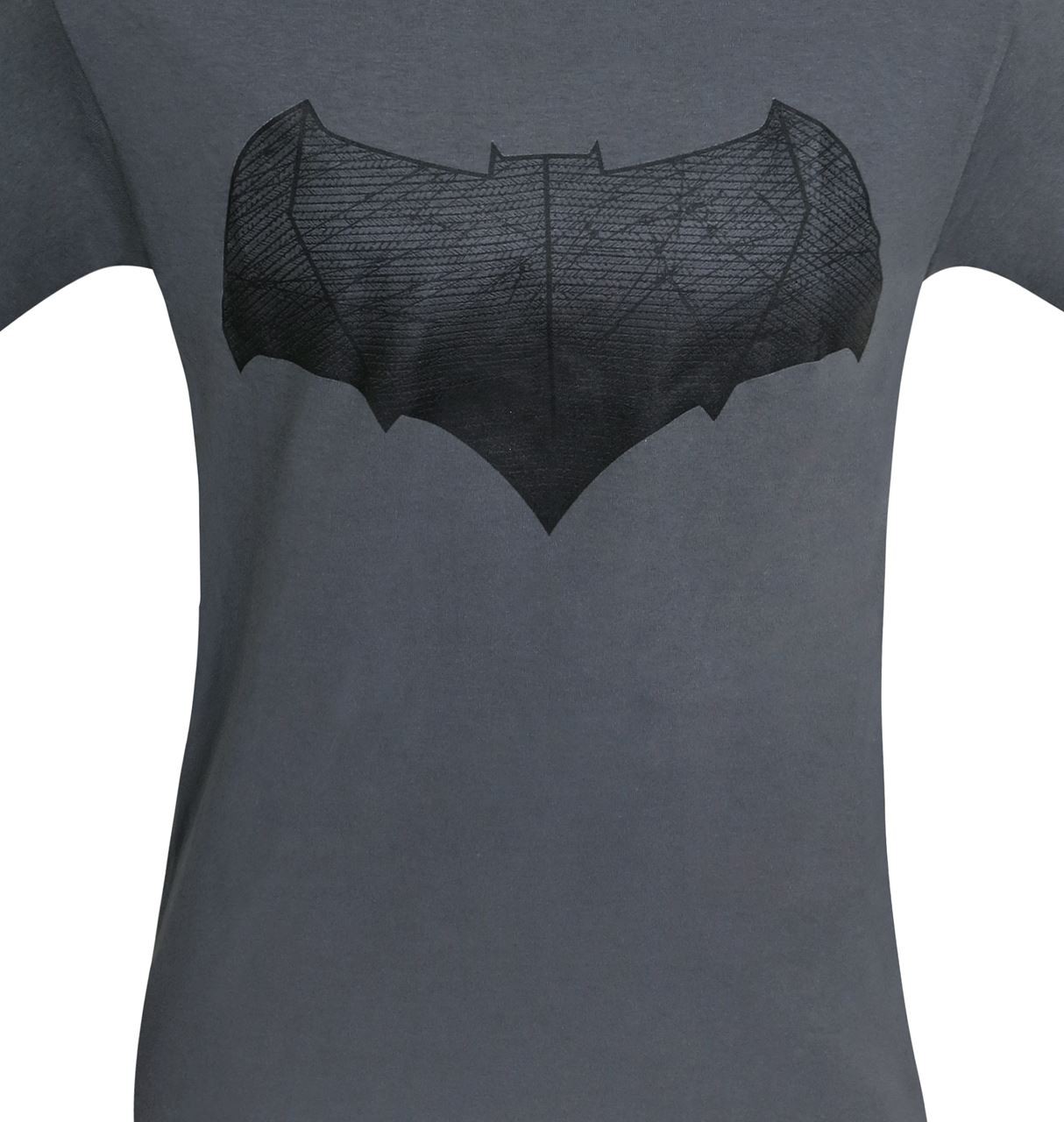 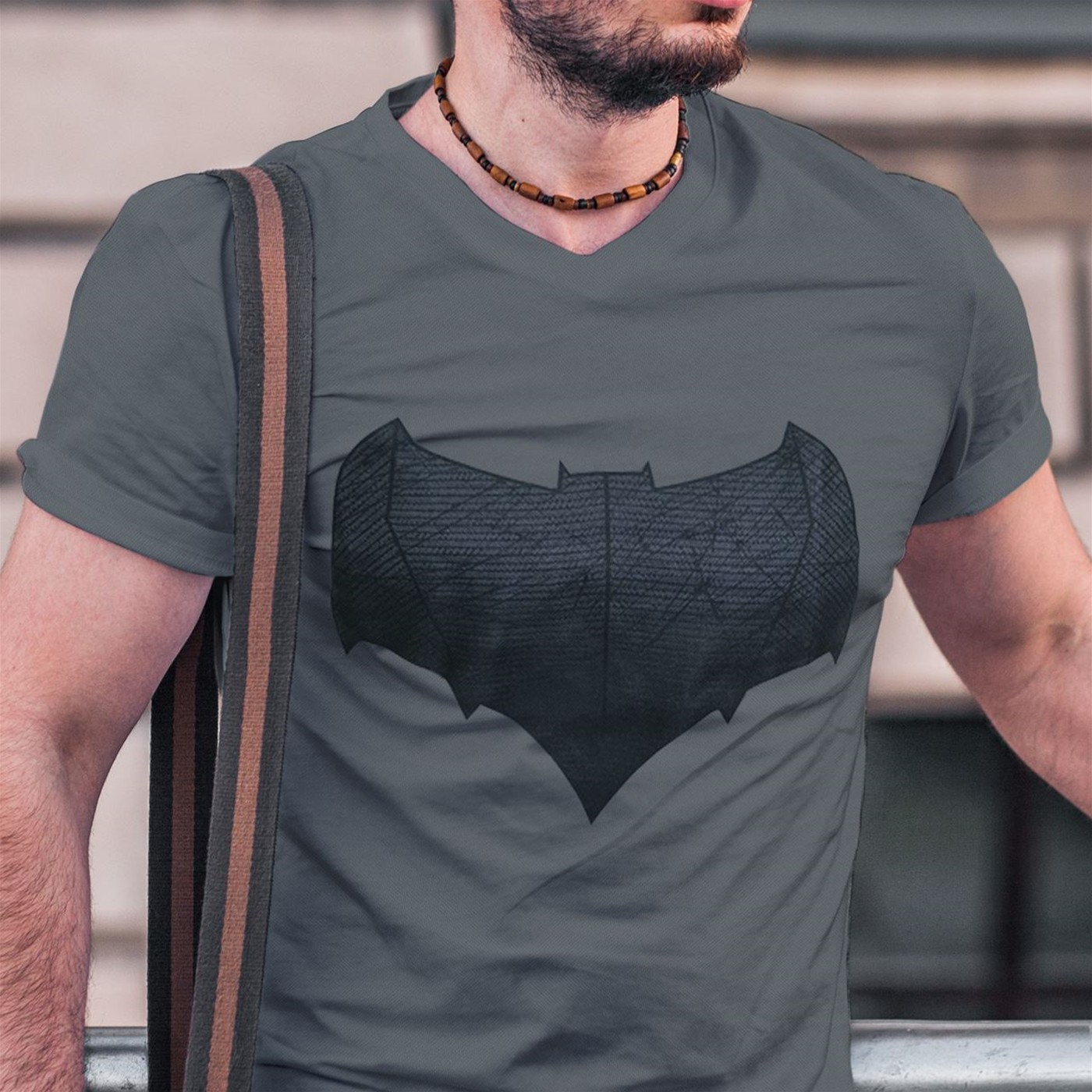 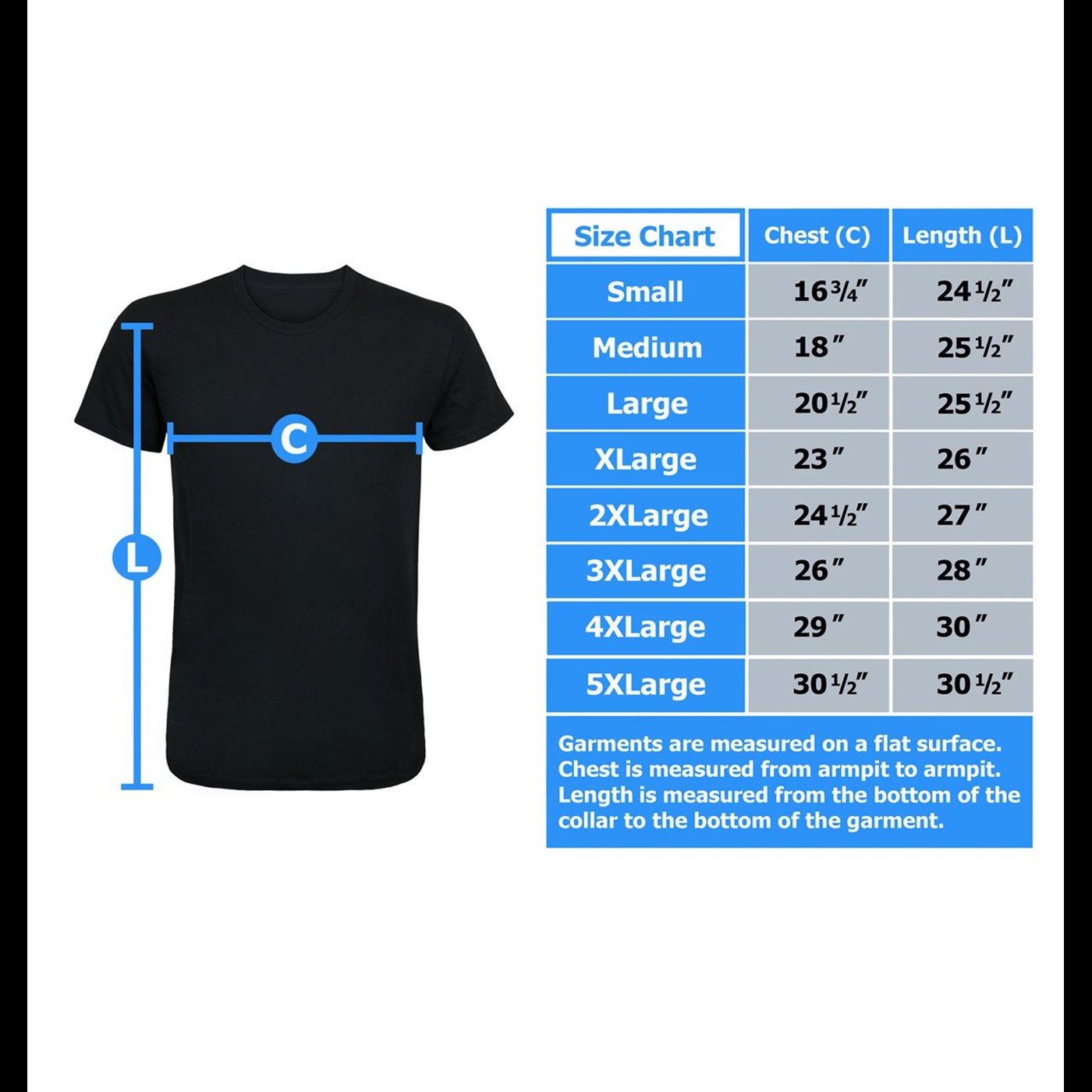 Based on the contentious film that's actually a splendorous work of cinematic art regardless of the glaring plot hiccups, this dark gray t-shirt features the broad, steel-woven Bat Symbol adorned by Ben Affleck's Batman in Batman v Superman: Dawn of Justice.

Boasting a solid, screen printed symbol, this 100% cotton Batman t-shirt is a perfect bit of torso wear for fans of a Batman who's at the end of his figurative rope. A Batman without a Robin, made to feel more powerless by the arrival of an alien sporting godly, irresponsibly expressed powers.

Directed by Zack Snyder, 2016's Batman v Superman: Dawn of Justice was the second official film from the newly minted DC Cinematic Universe retroactively initiated in 2013's Man of Steel. Picking up 18 months after Superman's battle with Zod leveled a sizable portion of Metropolis real estate, the world is still figuring out how to deal with this alien super-person regardless of his heroic acts over the last year-and-a-half.

Unfortunately, an older, unimpressed Batman knows exactly what to do about the Superman situation: *running index finger across the neck.* Chaos ensues, Wonder Woman joins the fight, Lex Luthor disappoints, and the Justice League is hastily introduced.

I love and own so many batman shirts it's ridiculous in the best way possible. This shirt had a great color great feel and I love the logo. Definitely a great buy

Love this shirt. Great material and I love the bold thick logo. Will be buying another soon.

It's awesome but the black bat looks grey on the shirt. Either way I'm still think it's awesome.

the shirt is a tight neck collar not really the best fitting. i also though the logo would be a little bit bigger.

I love the color it is exactly as the picture....it's great material and the logo is a great size...the only issue is the arm part it's a little loose all my other mediums are fitted but here there a some hanging space...not a big deal that why I gave it a 5..but for those of you who are like me and like it fitted just a heads up

Even superman will be afraid of me when I wear this shirt. Once I lace it with kryptonite I'll be ready to shove that spear through his chest! As long as he doesn't mention my mother's name.

Submitted 5 years ago
Rob
Oakville, ON
5.0

Makes anyone a strong-man. Personally liked it better than the movie that inspired it.

i have several Batman shirt's, but this product is made with best quality materials, the logo is strong doesn't look is going to wash. so happy with my new Batman shirt.

Great! Added it to my collection.

This product was so comfortable

It fits my muscular frame well and is quite roomy being. Material feels good on me.

The shirt is great! Fits perfectly, only compliant is the symbol looked already worn.

Submitted 4 years ago
Dustin
Vancouver, BC
5.0

If there was a 6 I would have rated it that! Super High Quality!

My fiancé loved this shirt and the way it fits - snug but not too tight. He wears it all the time!

Awesome shirts and Y'all have excellent customer service!

Perfect fit, love the design and it showed up quick