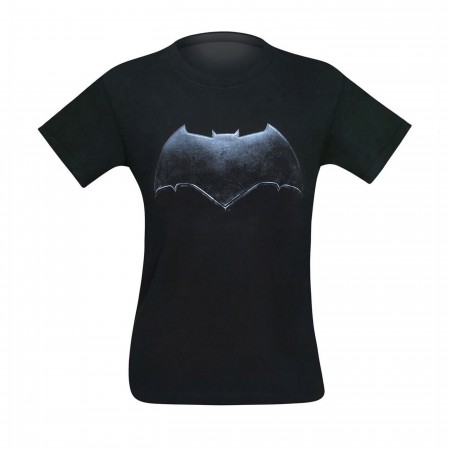 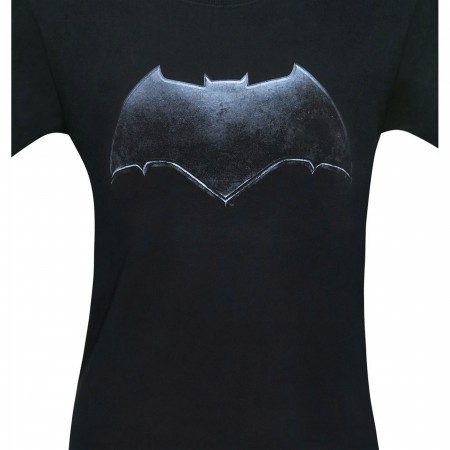 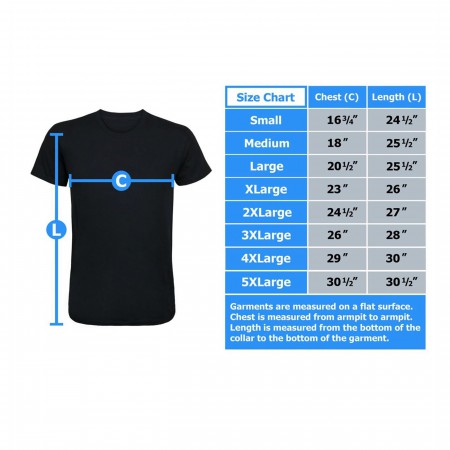 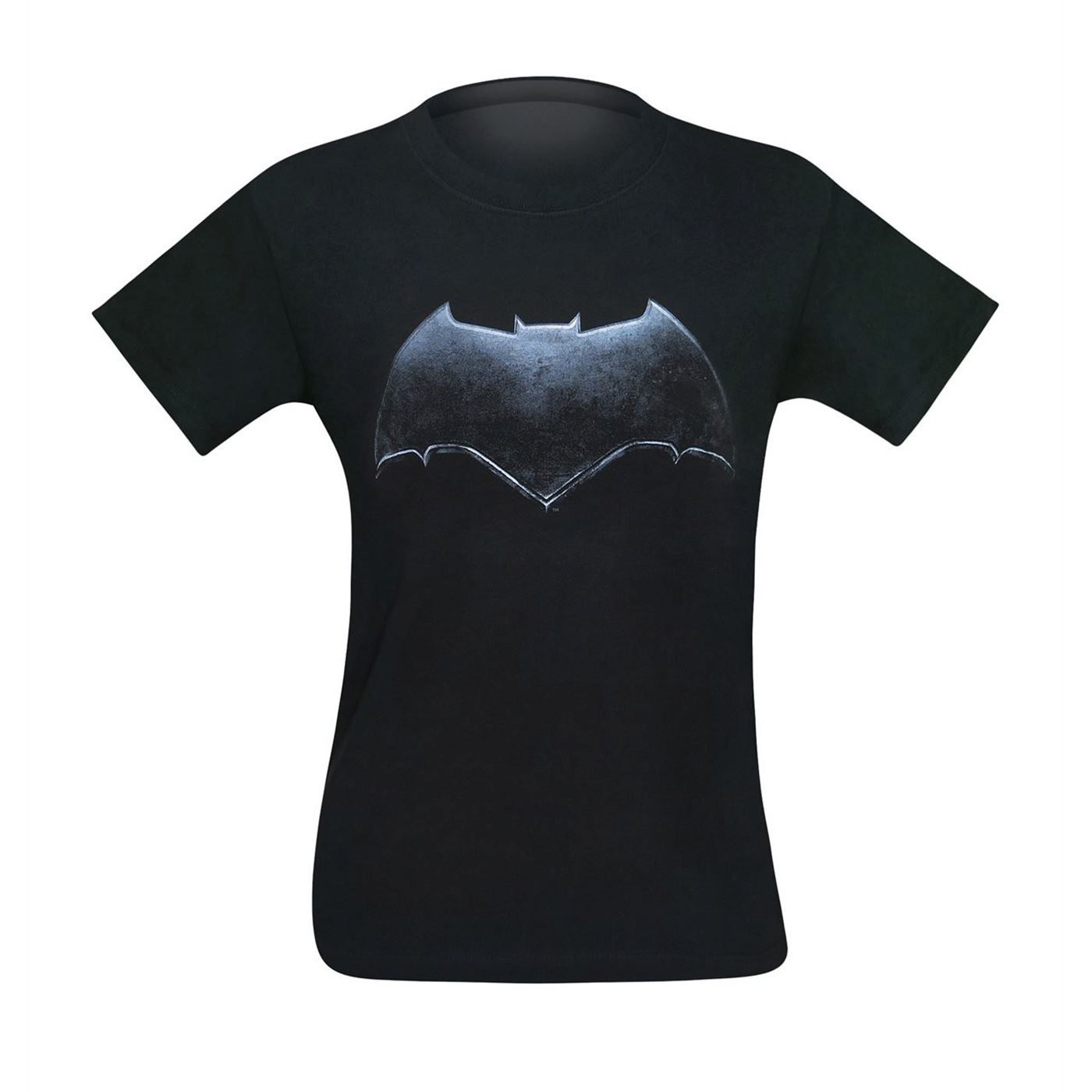 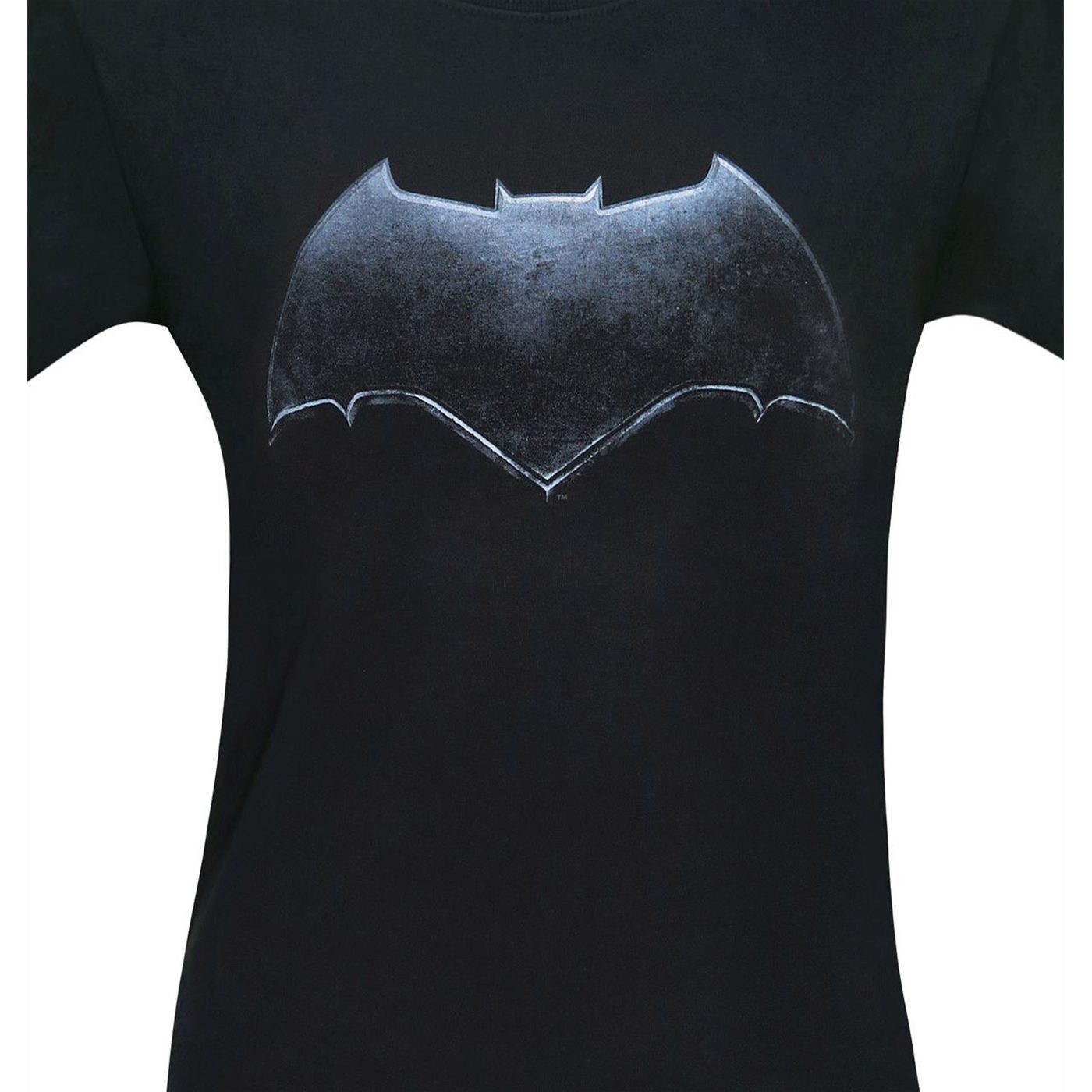 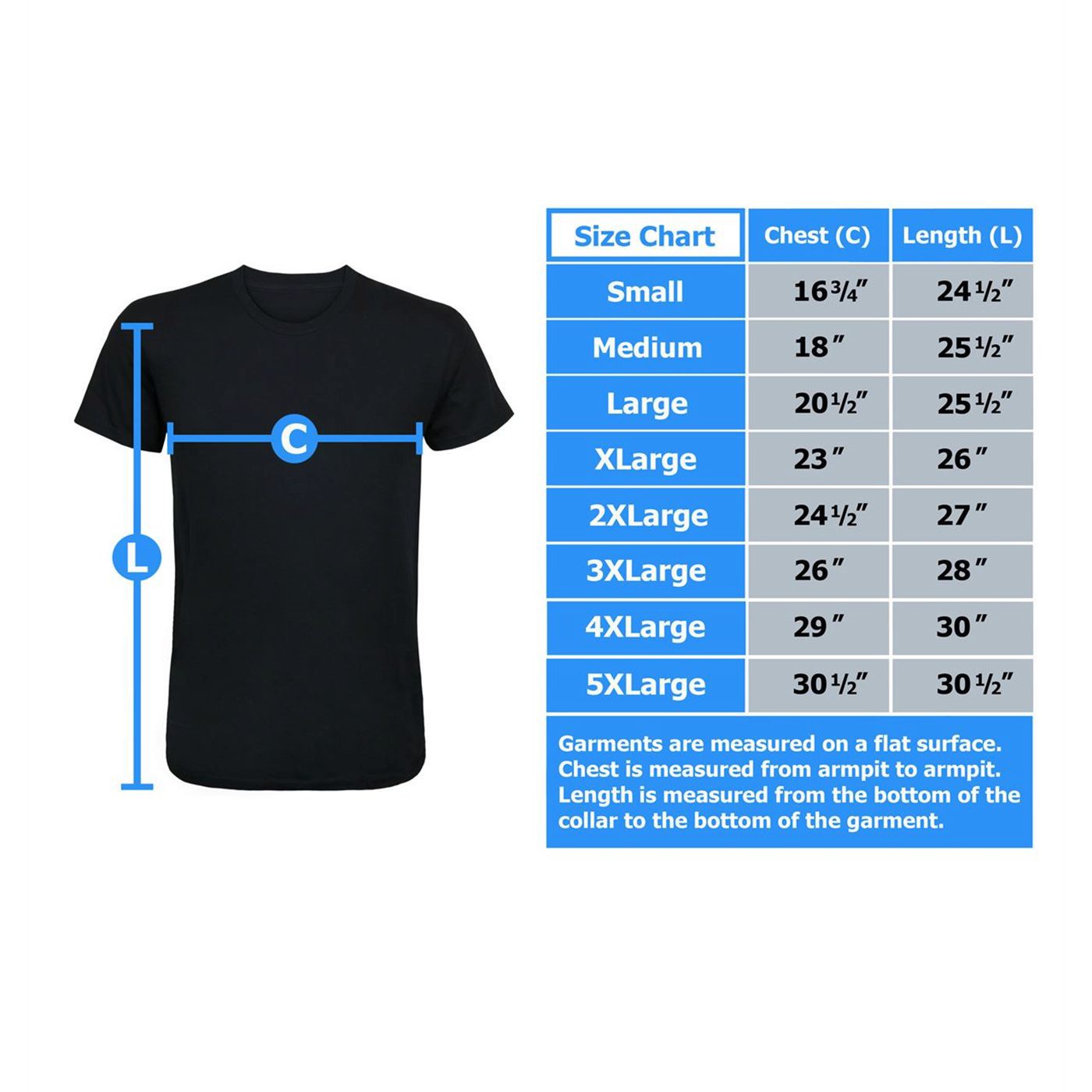 "I didn't think he was real -- just a rumor running through the Gotham City cartels to effectively scare themselves silly.

But here he is -- standing in front of myself, someone calling himself "The Flash", and that flying woman who occasionally pops up on international news websites during skirmishes involving terrorists factions or Third World dictators.

He's the Batman, and he's walking, talking, and barking out orders to the rest of his "Justice League". If I wasn't fused with alien technology and bleeding-edge cybernetics, I would think this assemblage utterly absurd.

Batman gave me a t-shirt for "trying and not dying" -- it's the Batman Symbol Justice League Movie Men's T-Shirt.

Made from 100% cotton, it's a black t-shirt sporting his broad Bat Symbol carved from sharp stone and glazed in tempered steel -- right, the same materials responsible for his intense jawline."

Based on the hit Justice League movie, this Batman t-shirt sports a modern Bat Symbol rendered in its specific movie aesthetic.

Great high quality shirt, that is true to size

Love it to the fullest.

Love it to the fullest.

Loyal Batman fan. So of course I like it. The shirt is nice. Glad I bought it.

Bought this for when I go see Justice League. This is now my favorite Batman shirt.

Can’t wait for the movie to come out. This shirt is amazing. It looks and feels great.

great for crime fighting...and in style.