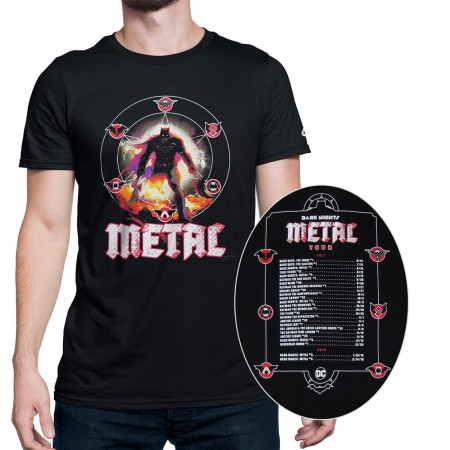 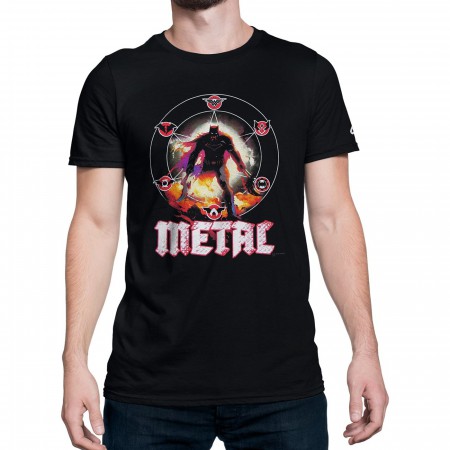 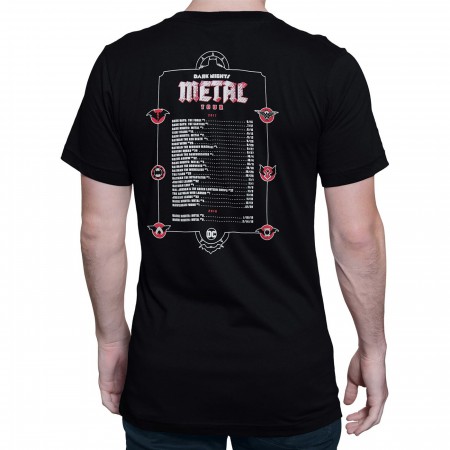 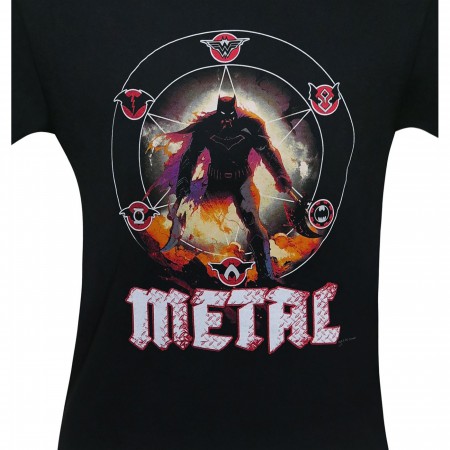 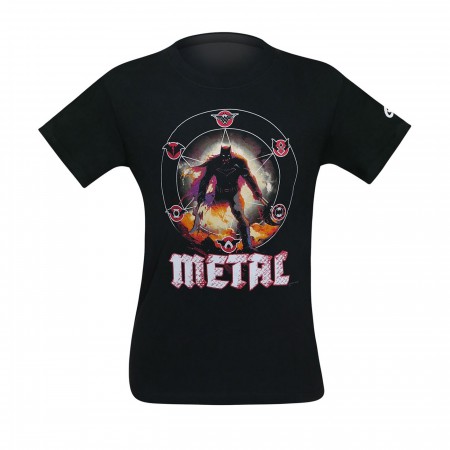 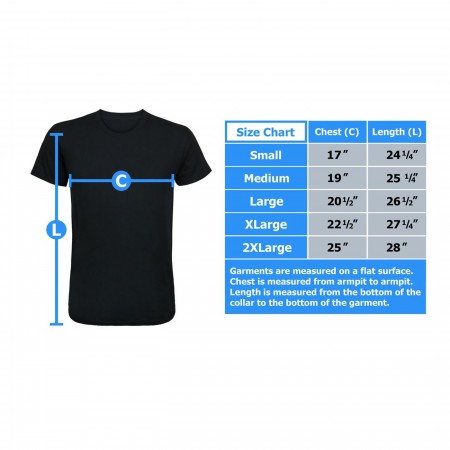 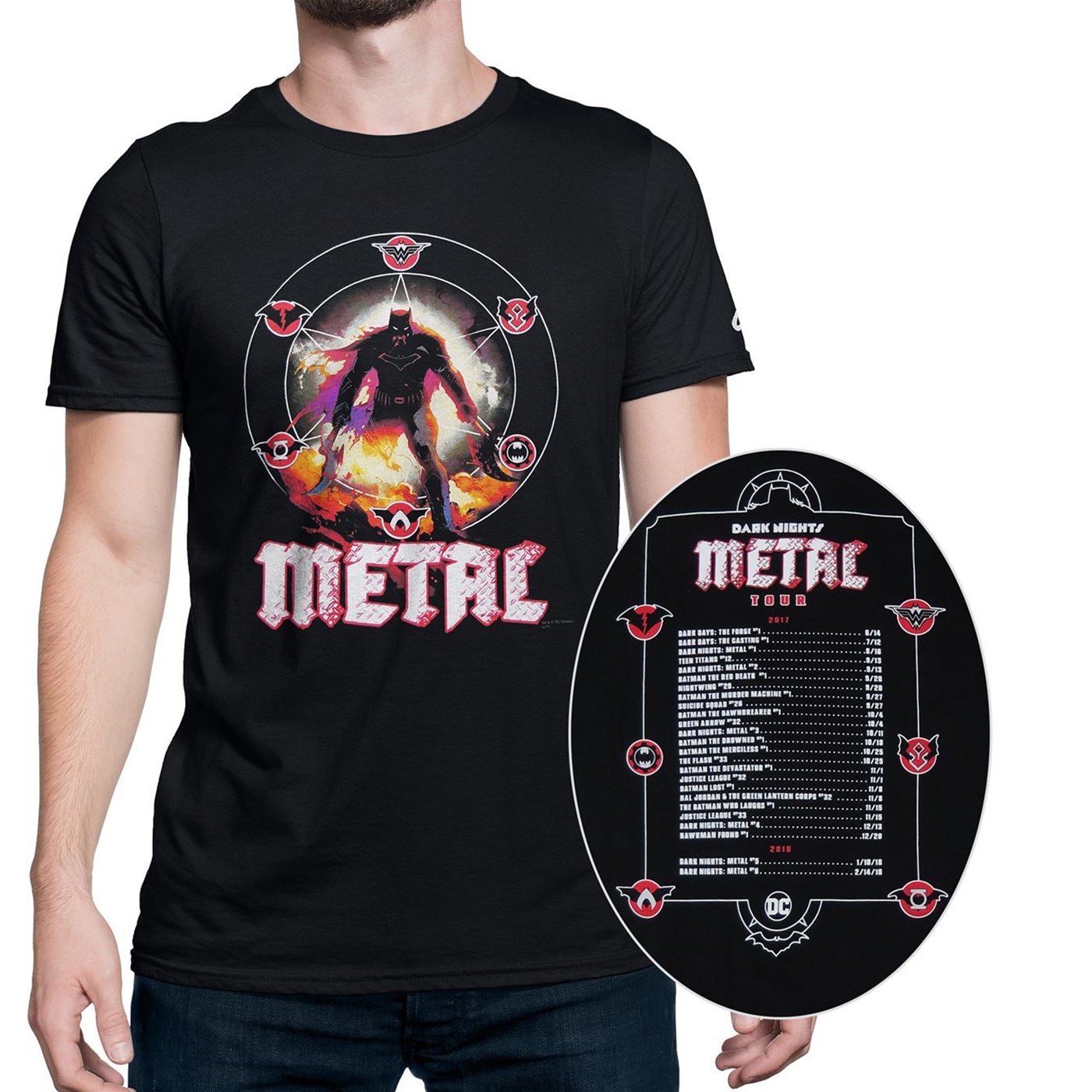 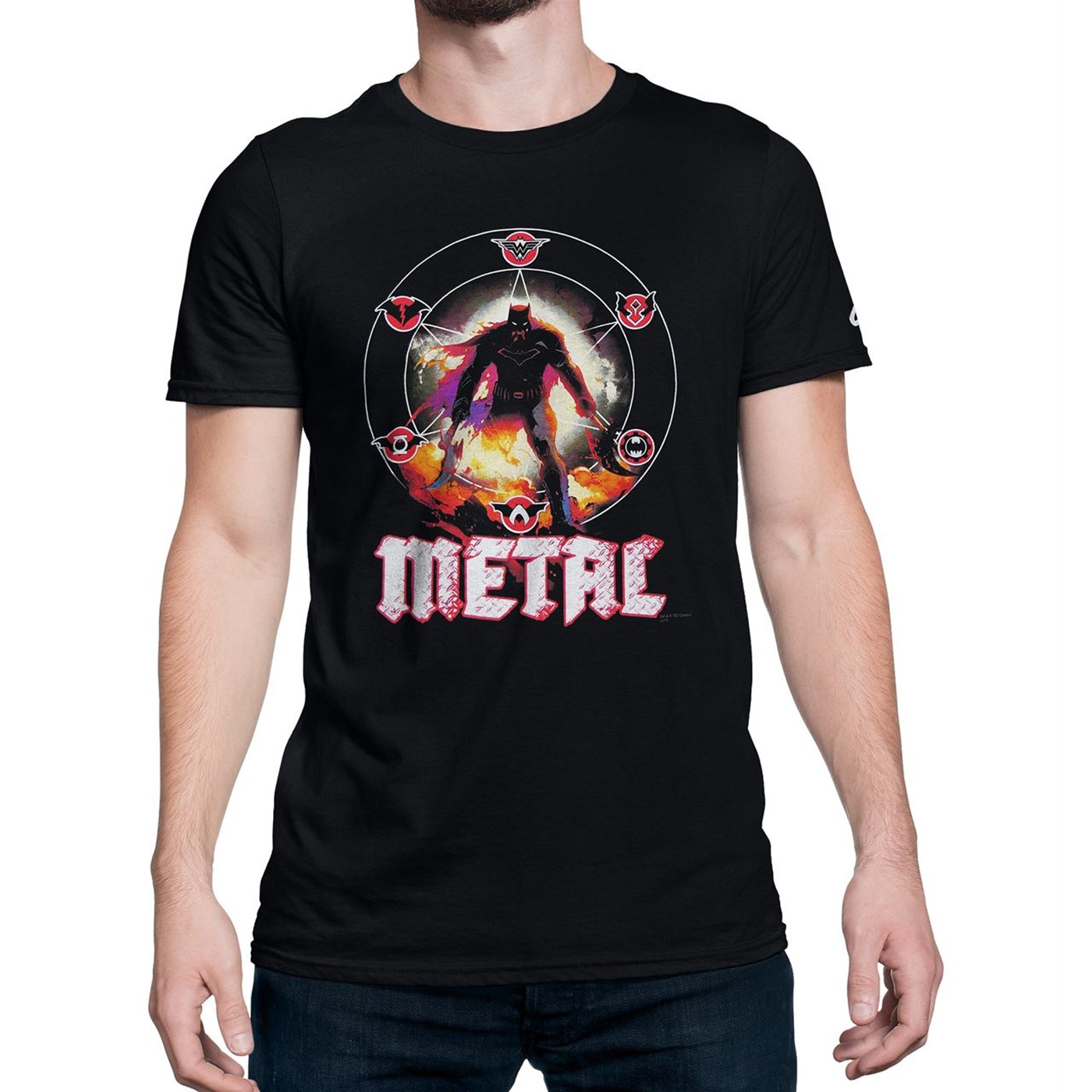 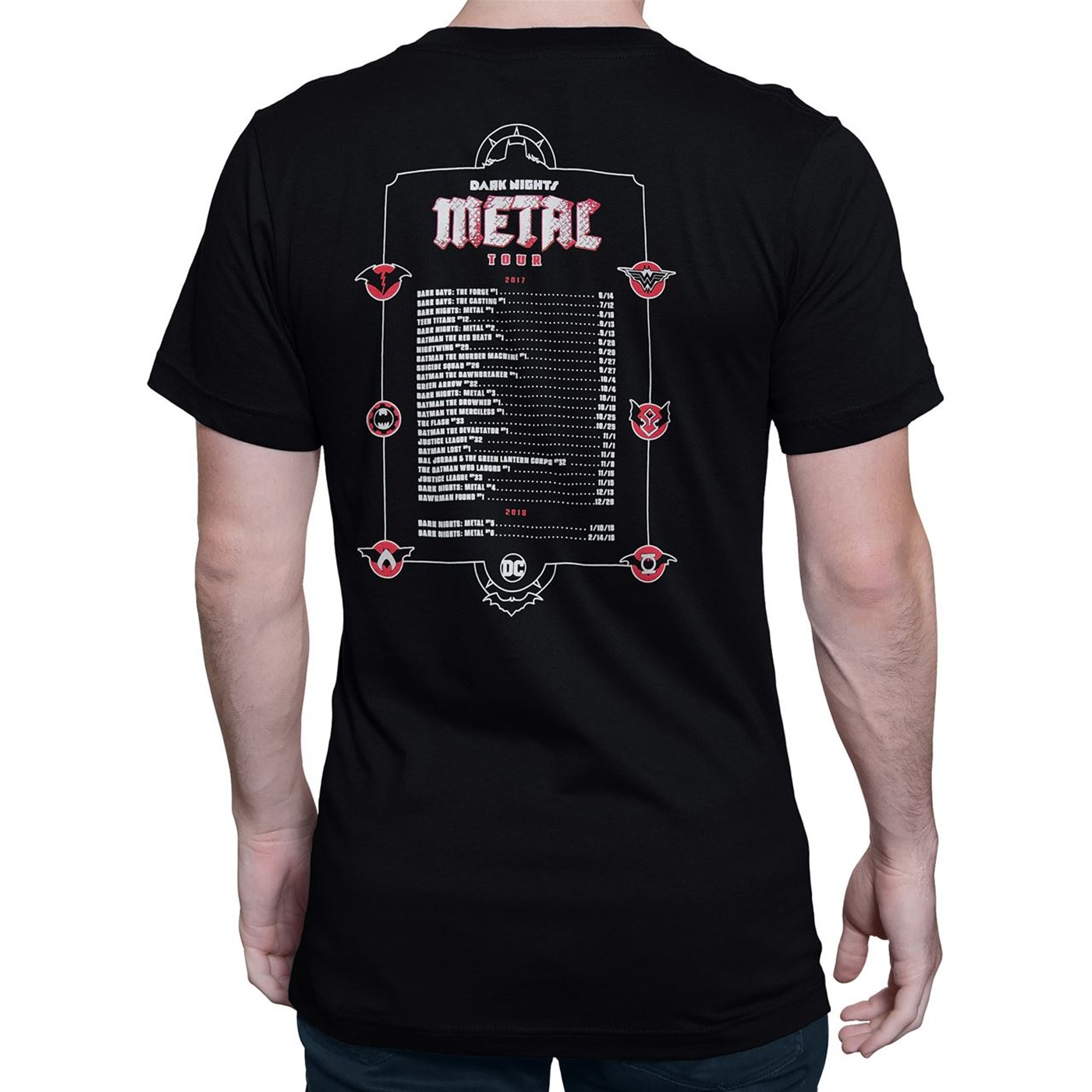 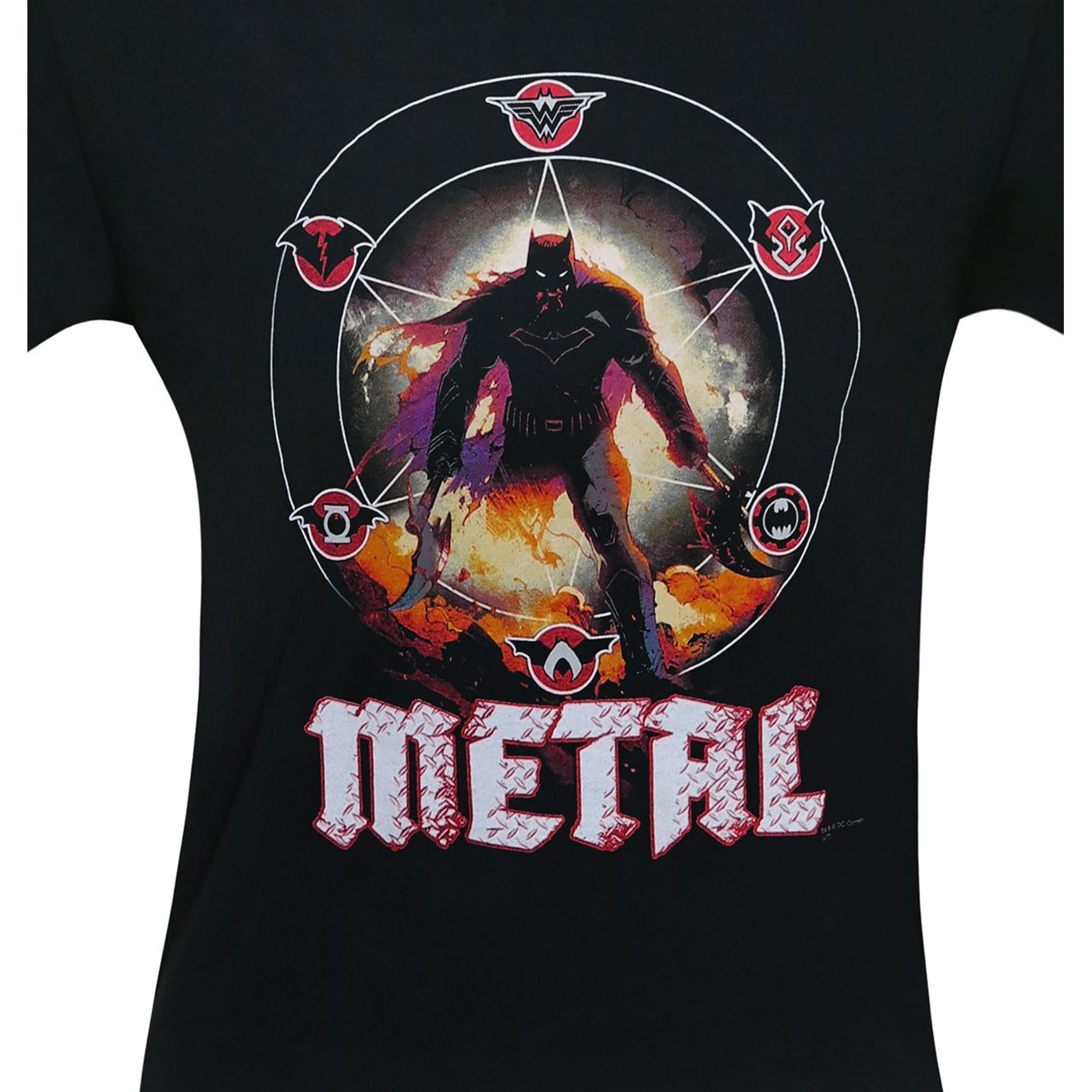 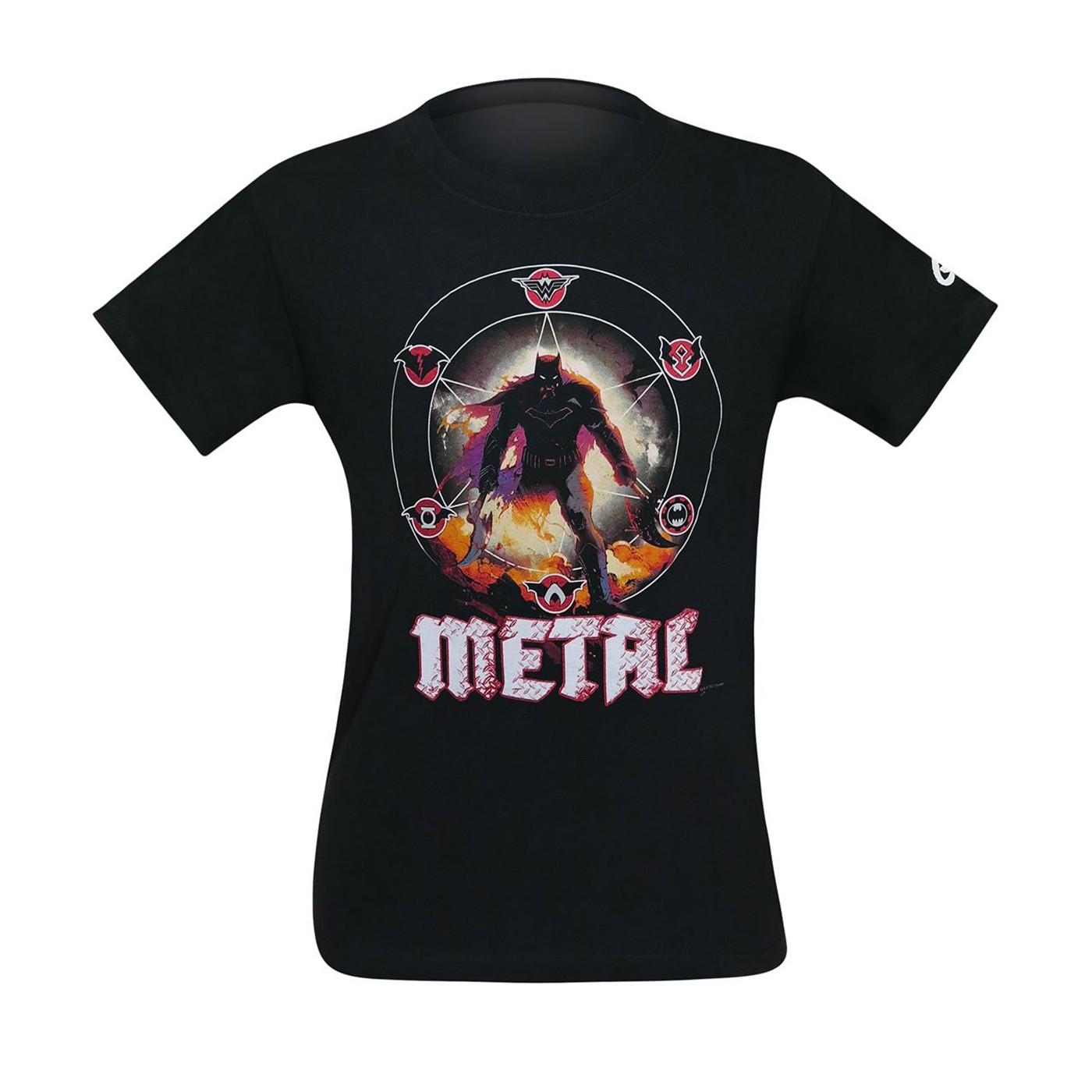 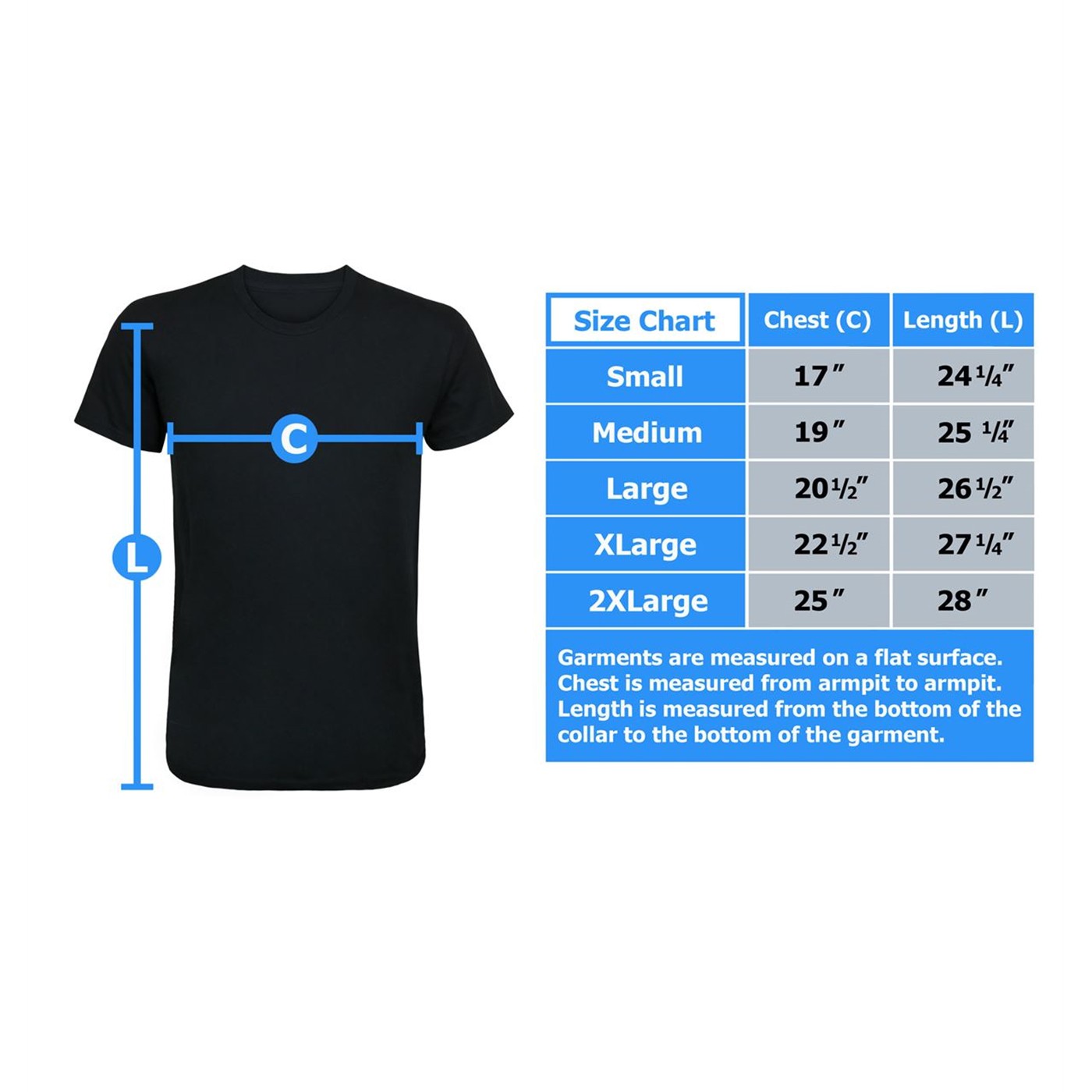 Welcome to the Dark Multiverse.

What's the "Dark Multiverse?" Lying "underneath" the Multiverse, the Dark Multiverse consists of broken, corrupted, and unfinished realities filled with humanity's collective anxieties, fears, and nightmares.

What the hell does it have to do with Batman? Secret organizations have been carefully preparing him to become a bridge between dimensions -- a doorway granting our tangible collective nightmares access to the "real" world.

So, does Batman and the rest of the DC Universe survive the invading armadas spilling out of vile, fractured, and persistently salivating subdimensions?

Were there tie-in issues? Of course -- the murderous Batmen were wreaking havoc throughout the entire DC Universe. Want the complete list of tie-ins? Turn the shirt around...

Excellent quality shirt. Great customer service when needing to find something on website.

Excellent quality shirt. Great customer service when needing to find something on website.

Quality heavyweight cotton shirt. Size is accurate. I am 5’10” 180lbs and bought a large. Love the concert style look.

Submitted 5 months ago
My Shopping Cart
×
×