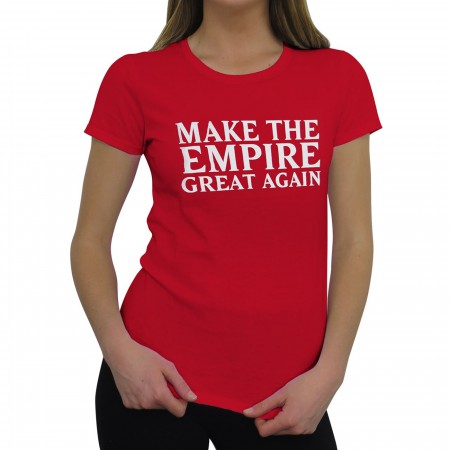 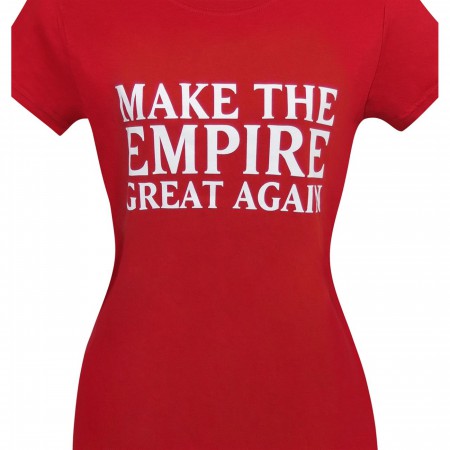 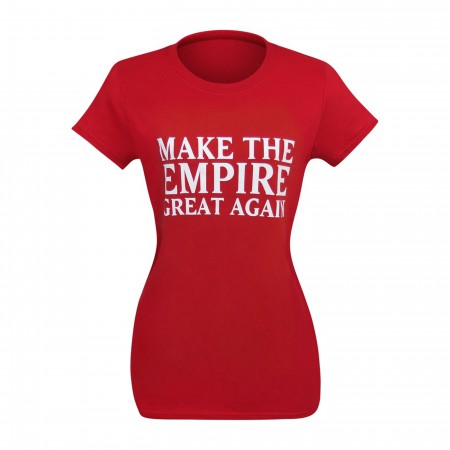 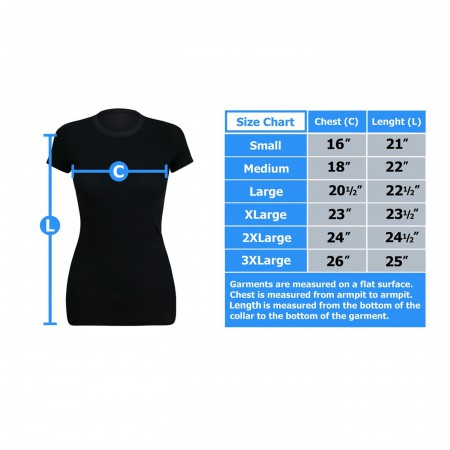 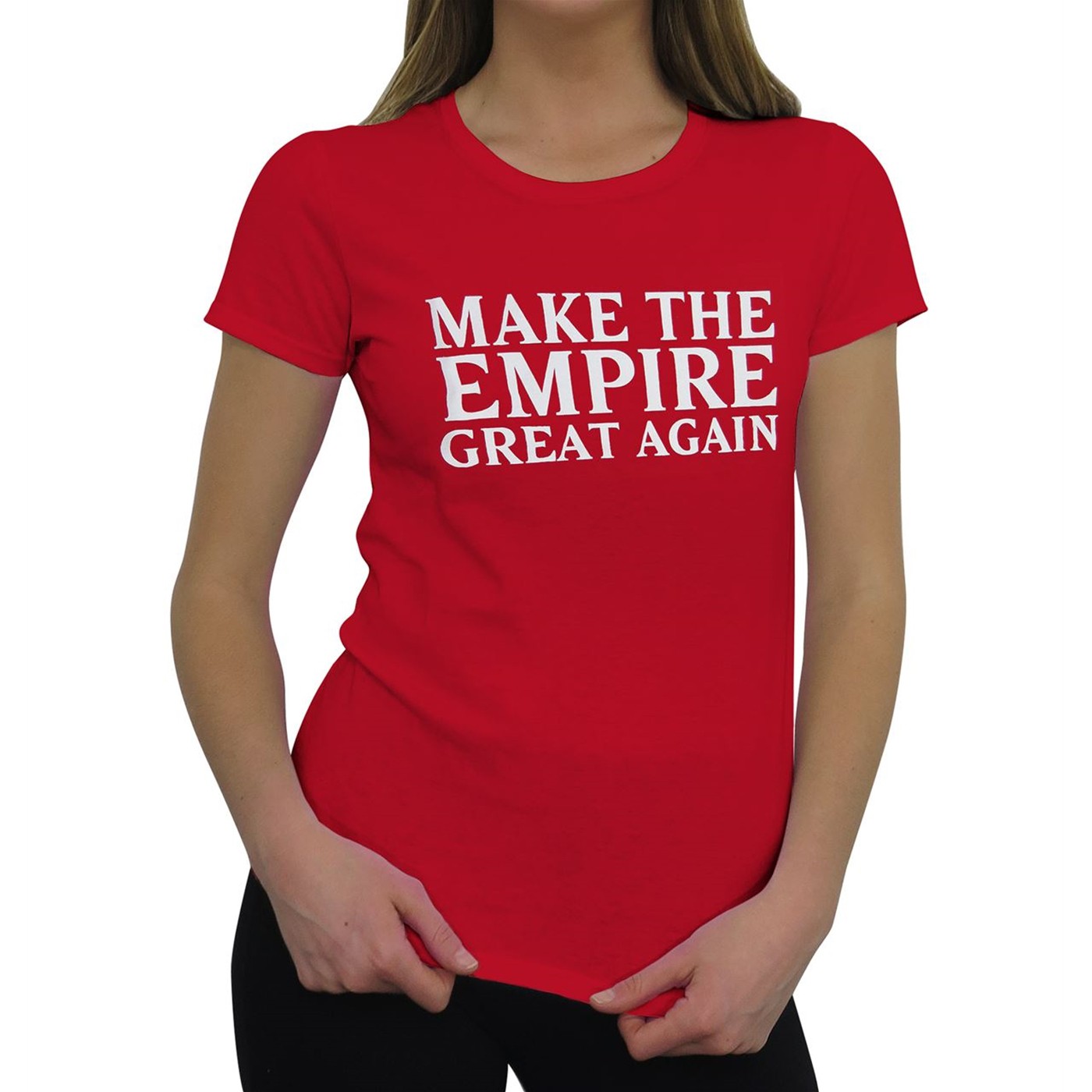 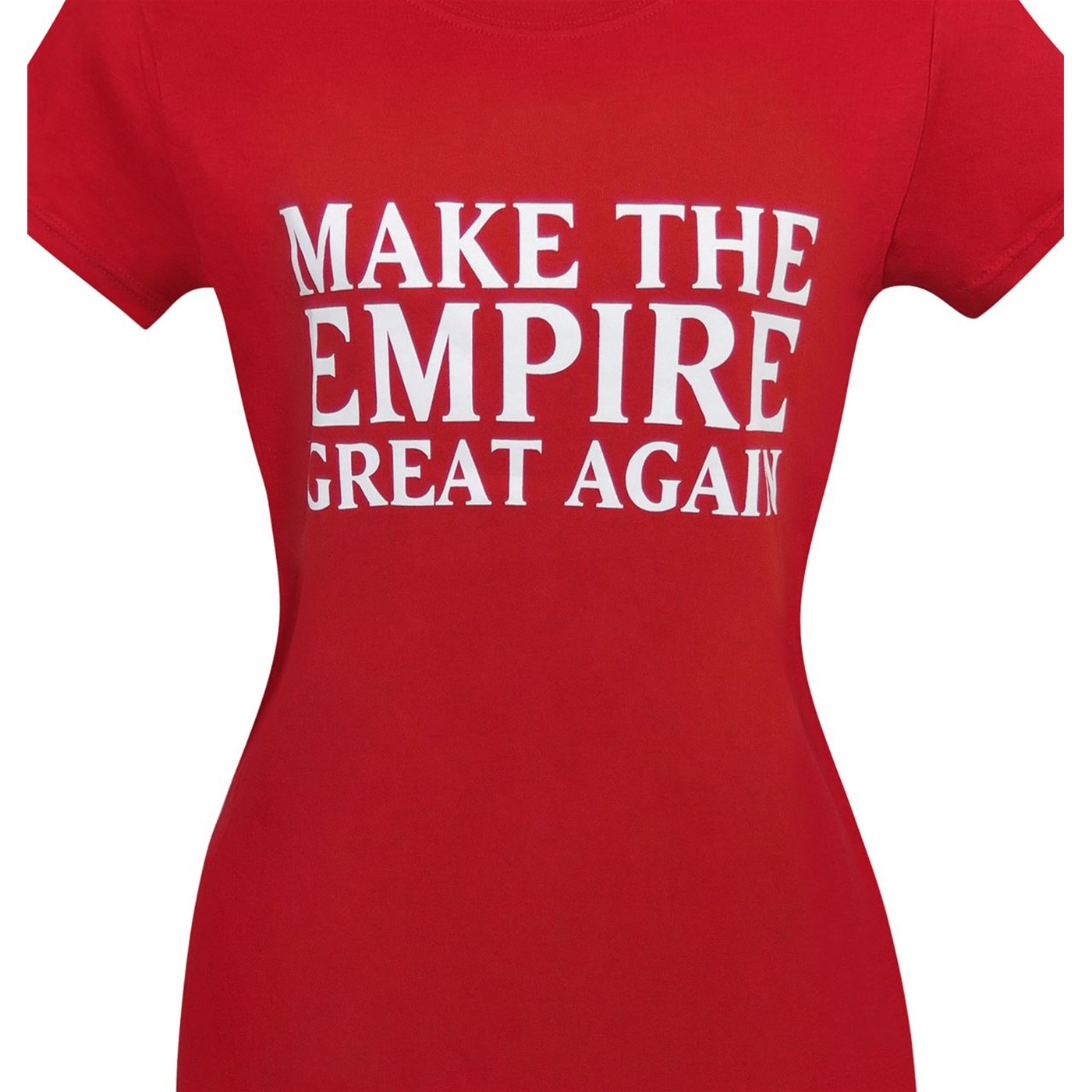 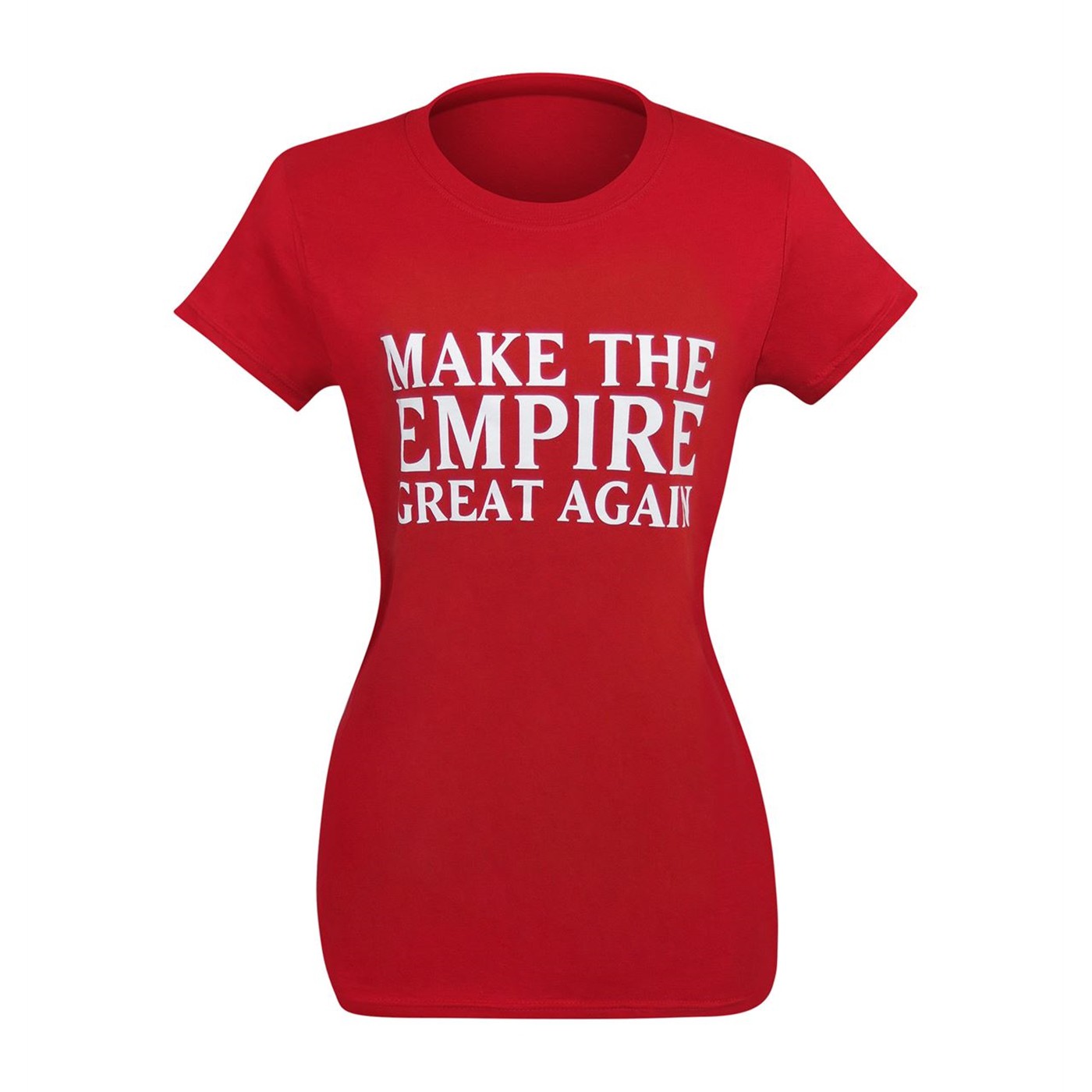 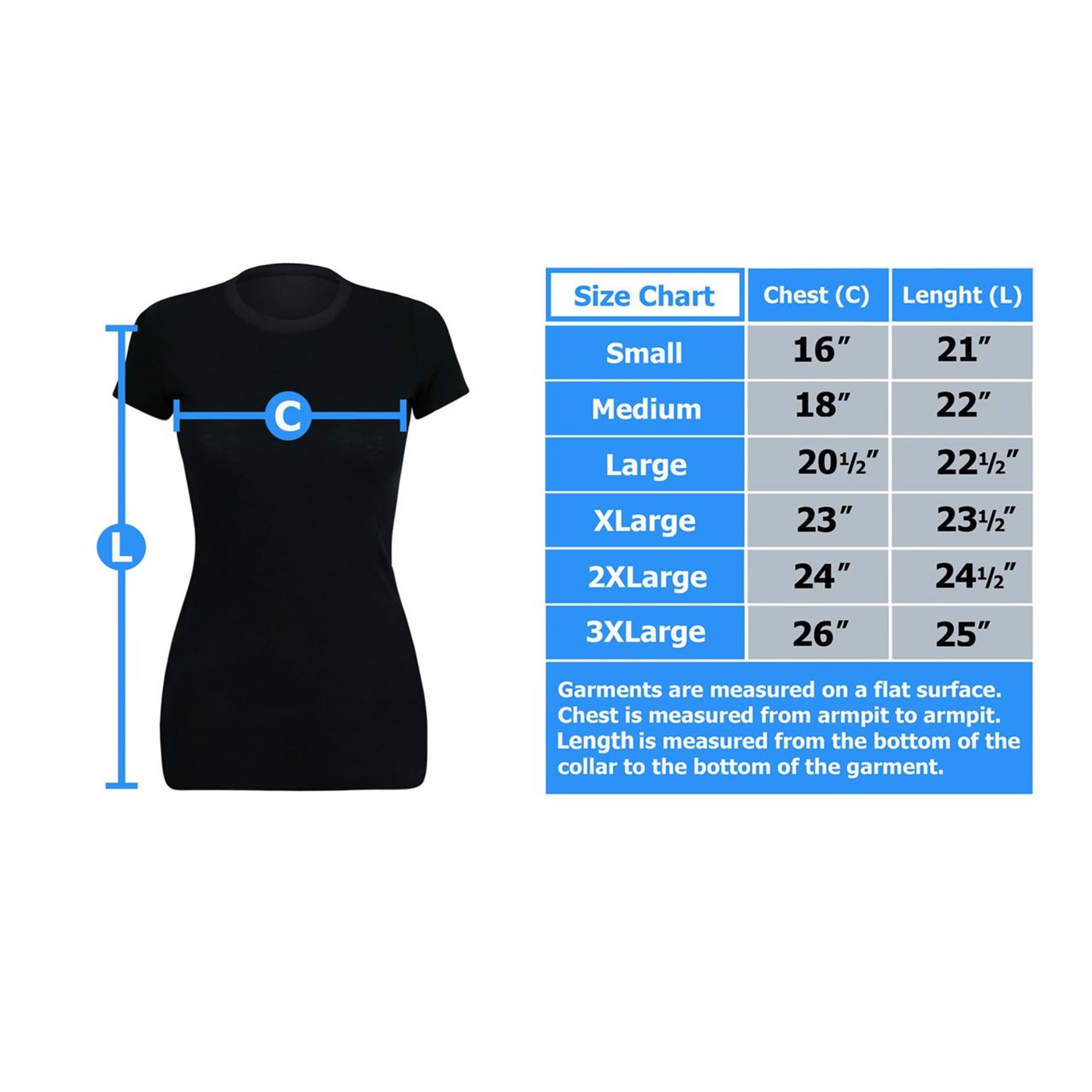 Death Stars will come and go, but The Empire shall endure!

After the dissolution of The Empire, its radical off-shoot -- The First Order -- lost yet another Death Star-like weapon, the Starkiller Base.

Yes, it certainly looks bad for The Empire considering there's no longer an Empire; however, the First Order continues The Empire's ideology, so they're definitely worth supporting.

Made from 100% cotton, this EXCLUSIVE Star Wars t-shirt for women features "MAKE THE EMPIRE GREAT AGAIN" in bold white text.

And that's it, and that's enough -- it says all it needs to say. The rest is up to you.