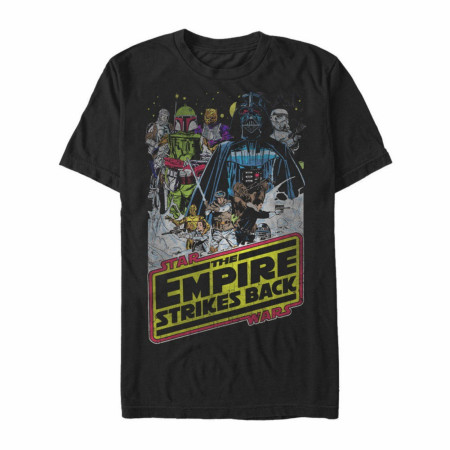 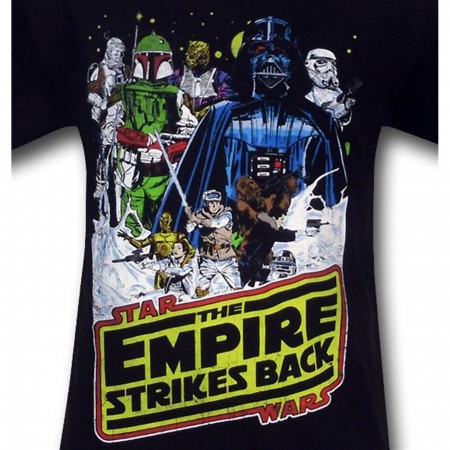 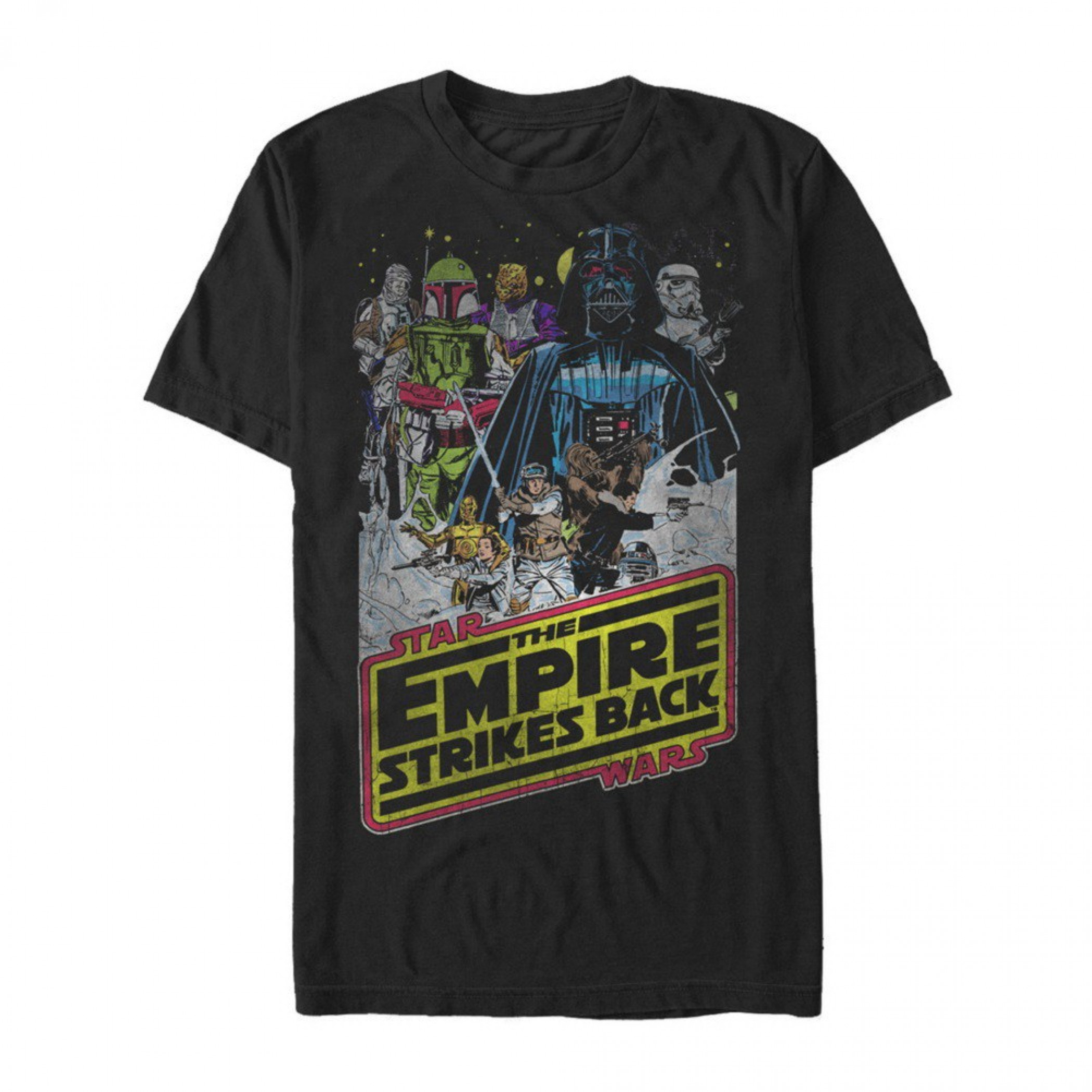 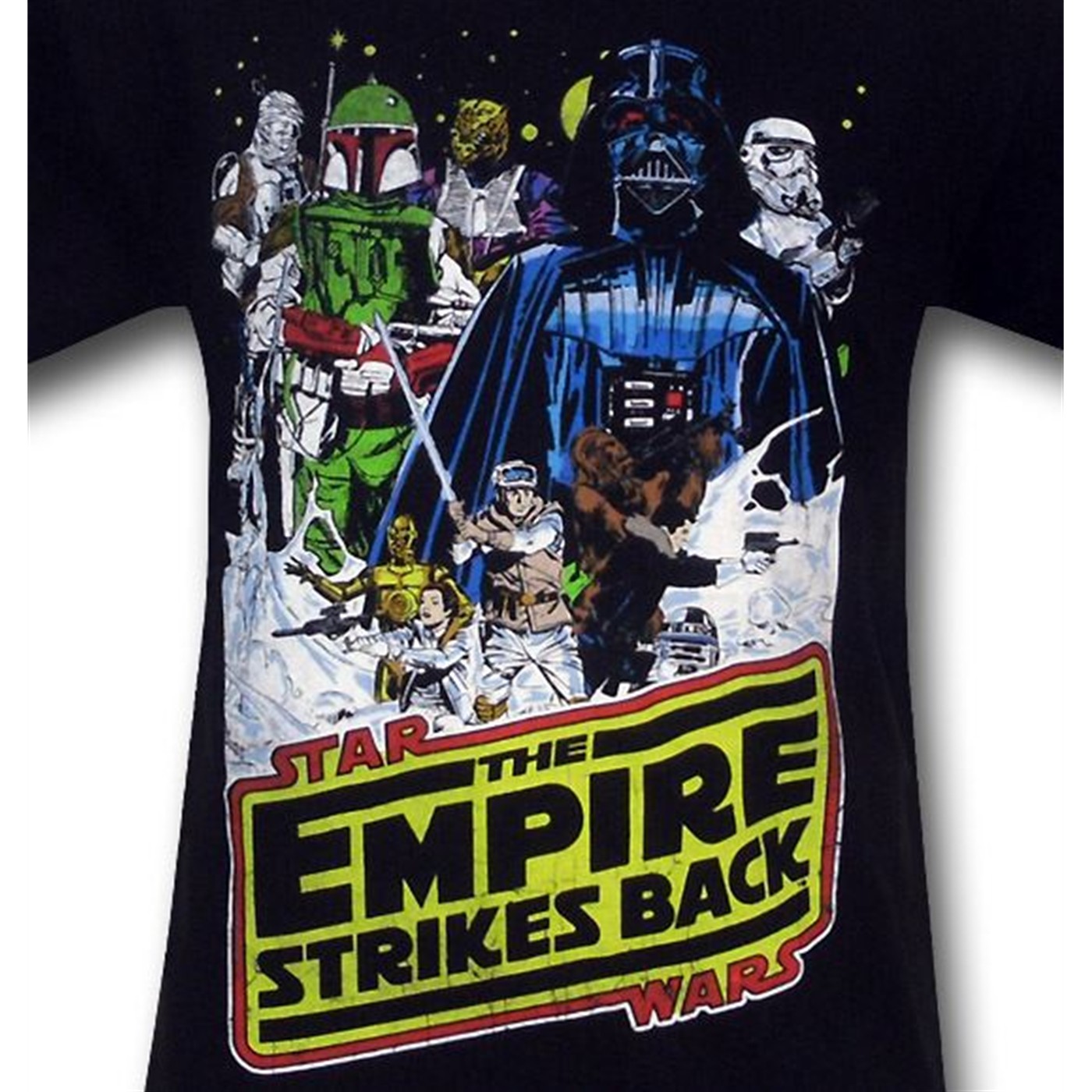 The Star Wars Empire Cast and Logo Black T-Shirt features illustrations of power players from the epic Star Wars film Episode V: The Empire Strikes Back in a distressed print on a black 100% cotton t-shirt. Hey, look there are your favorite rebels Luke, Leia, Han and Chewbacca with their trusty droids R2D2 and C3PO on the ice planet Hoth. And there's Darth Vader, a Stormtrooper, and bounty hunter Boba Fett! And there's..wait...is that Bossk?! On a t-shirt? And...Dengar?! It's about time, even if these guys saw more action as figures than they did in the movie. But they made it onto this Star Wars Empire Cast and Logo Black T-Shirt and we're all the better for it!

need more size varieties for smaller people to buy one. There are no shirts in my size, but just by looking at it I would buy it if it was in my size. Its cool how the shirt has all the charecters on it!!!

Very happy with this shirt. Empire is arguably the best movie of the original trilogy and this shirt is one on my new favourites. Cotton is soft but durable...the size is perfect. The graphic is a great depiction of the characters and you can't go wrong with Boba Fett and other assorted bounty hunters on your chest. Looking forward to purchasing more shirts in the near future. 5 Stars from me