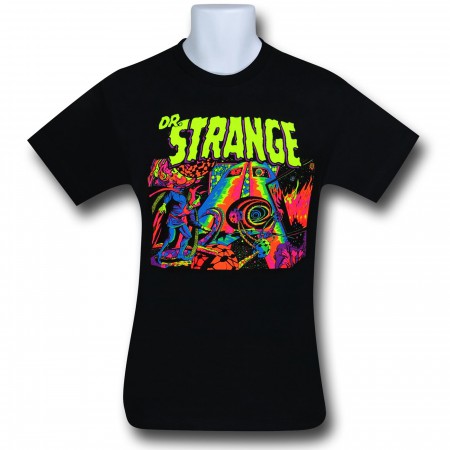 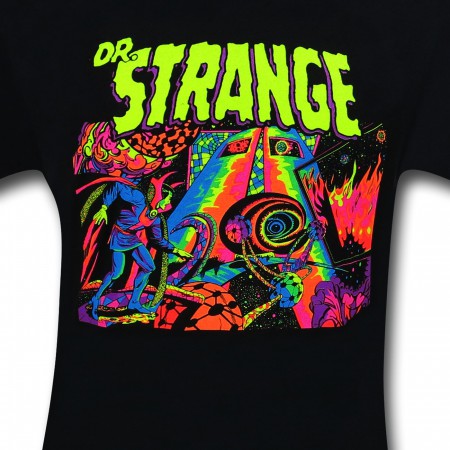 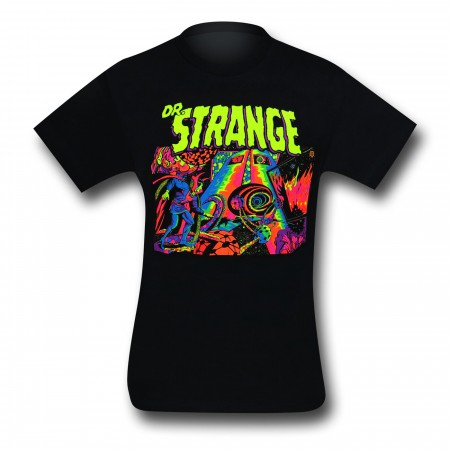 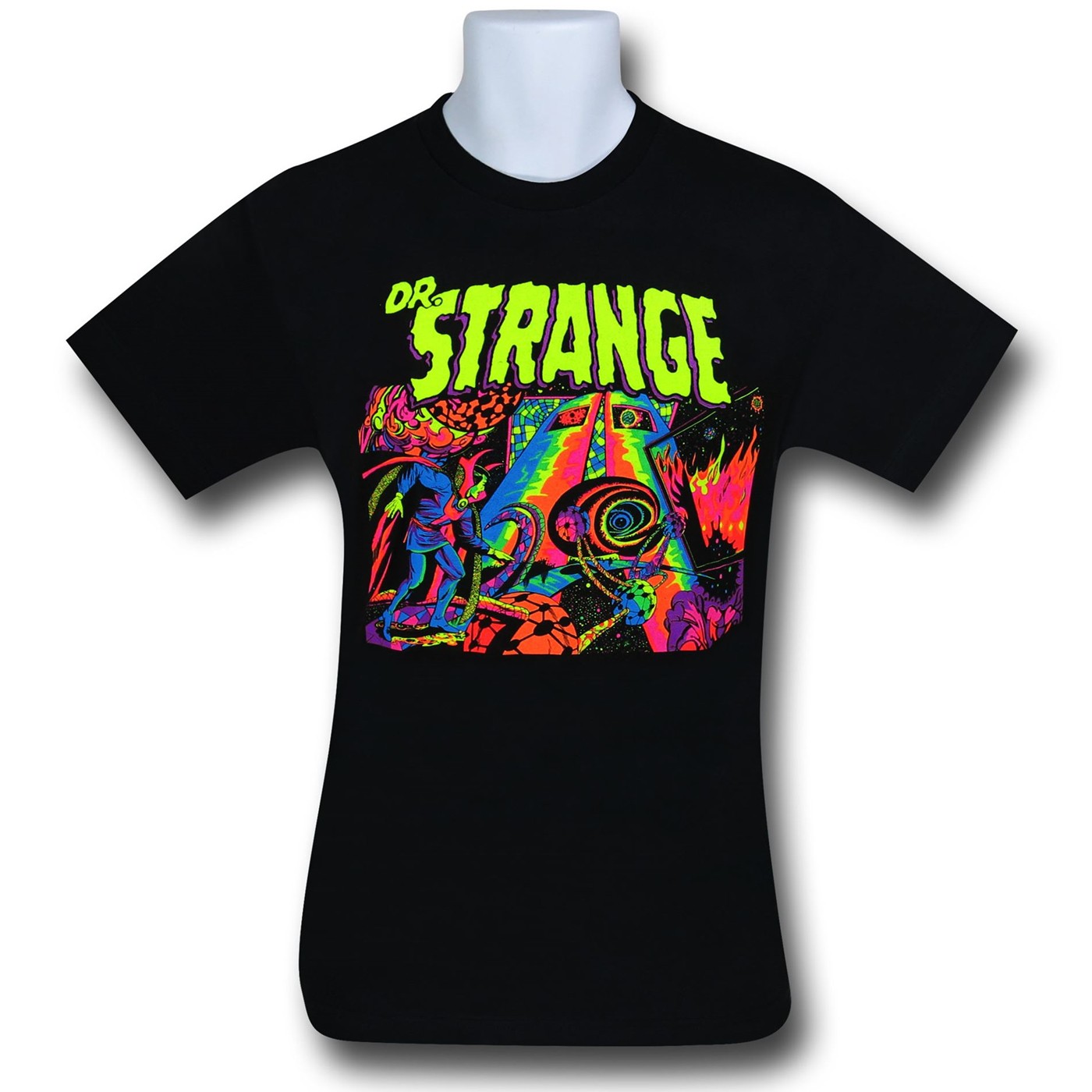 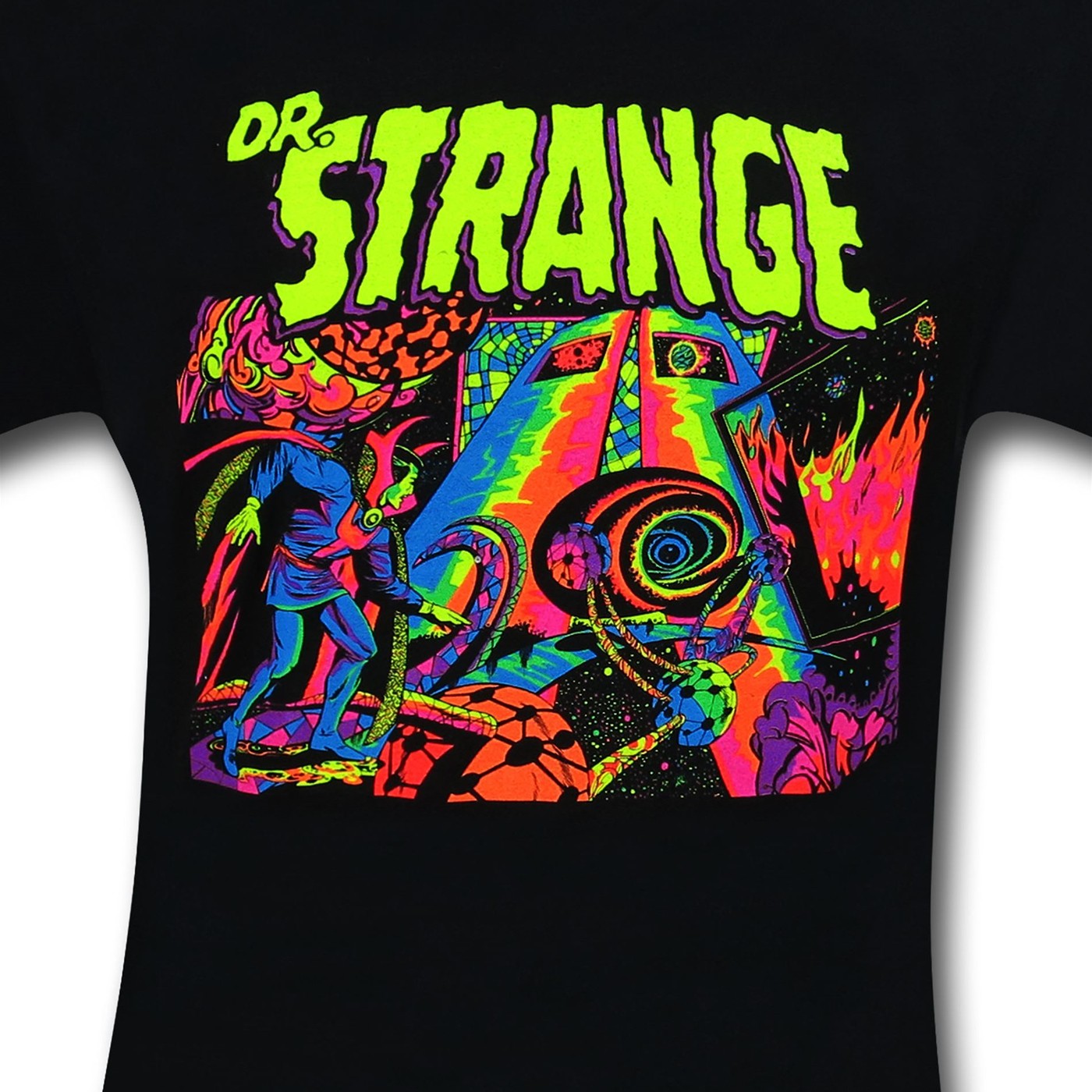 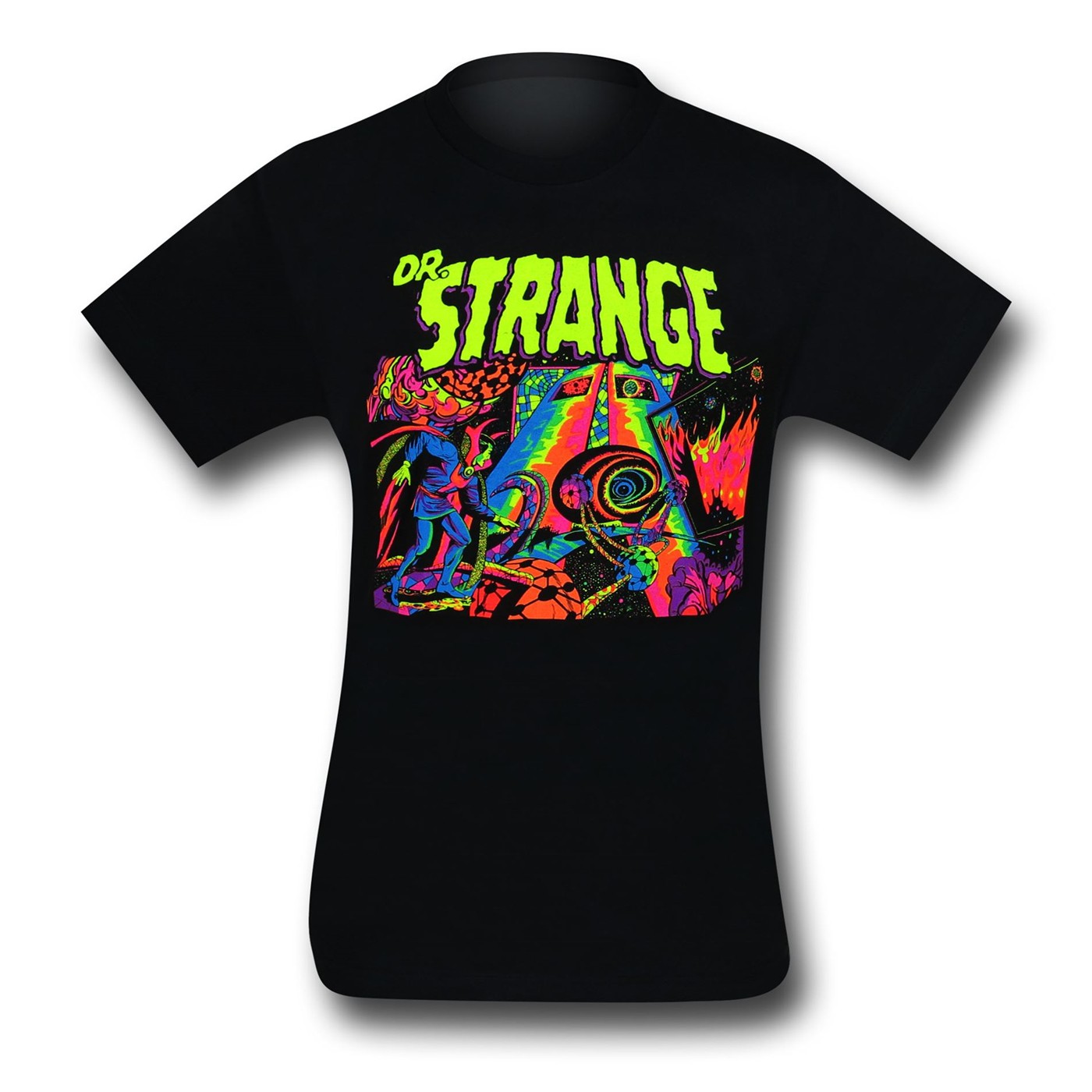 I think Dr. Strange got a hold of some bad magic, man. They told him it was  just a Luden's cough drop! He is a doctor, he should have known. Well, I suppose it has been a while since he has practiced medicine, but being a brain surgeon at one point should have rubbed off a little. At least he is one of the most powerful humanoids in the Marvel Universe, he should be okay. You guys think Dr. Strange ever has a normal day, or do you think the very nature of the job keeps him involved in some rather bizarre occurrences? Judging by this 100% cotton, 30 single t-shirt, I would go with the second option. 30 single means that this shirt has been infused with magic, which has resulted in a much softer feel than your normal t-shirt! Just don't let Dormammu close or he'll try to take it away from you.  Now, will it really work if you put it next to a black light bulb?  Not sure, but man...it looks like it could, right?  Am I right?   I would try it for myself, but my dad won't give up his last bulb.

Eye of Agamotto Light Up Pin

SINCE I FOUND THIS WEB SITE, I JUST BECAME FAN, I WILL KEEP ON ORDERING COOL T SHIRTS, CHEERS FROM MEXICO !!!

This T-shirt fluoresces under black light. Amazing! Back in 1971 a NYC-based company called Third Eye did s series of black light posters (and note cards) Way cool!pulled directly from the pages of Marvel comics.This two page spread is the combined pages 12 and 13 of Dr. Strange #171 August 1968, pencilled by Tom Palmer and inked inked by Dan Adkins. The original posters are rare and very expensive. Here's a version of the same image on the high-priced collectible that you can have for 22 bucks. Way Cool!

Gotten several compliments of this shirt not only from Doctor Strange/Marvel fans, but people in general who just love the color scheme.

My hubby loves it!

Cool image, but it was too small for the shirt size. I ordered an XL but the image size did not resemble the display photo

Just as stylish and vibrant in person as it looked online. Super comfortable and fits perfectly too.

Submitted 5 years ago
My Shopping Cart
×
×