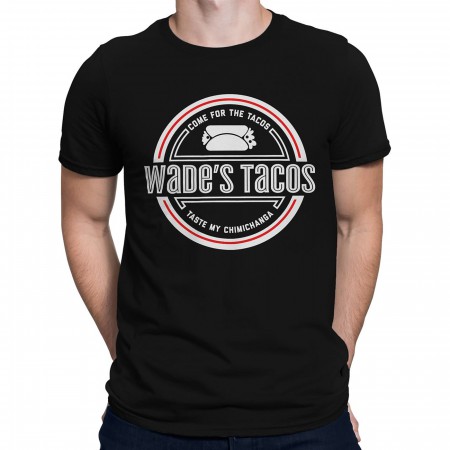 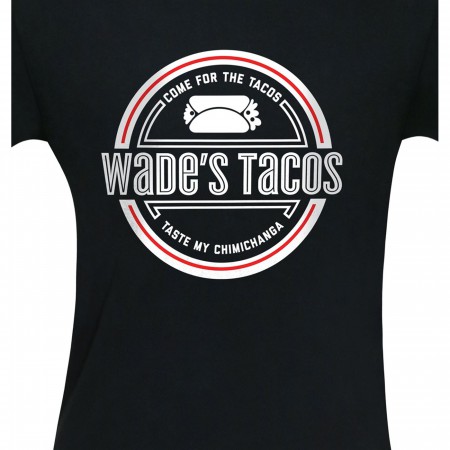 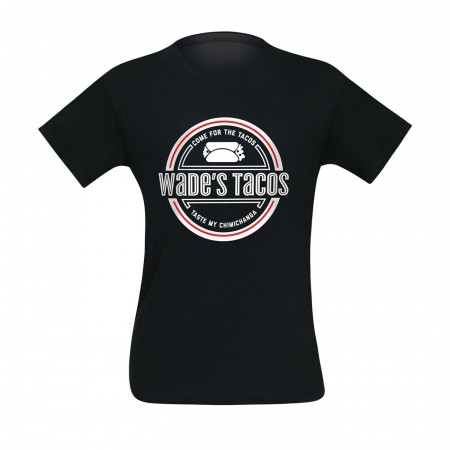 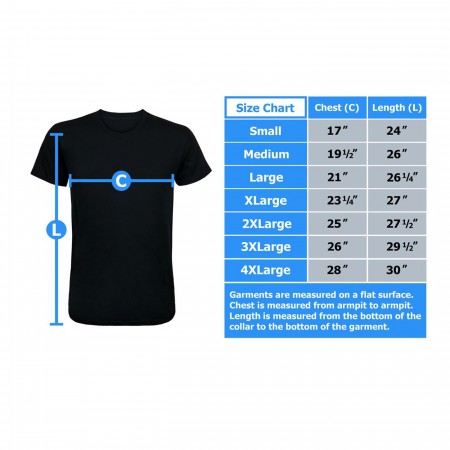 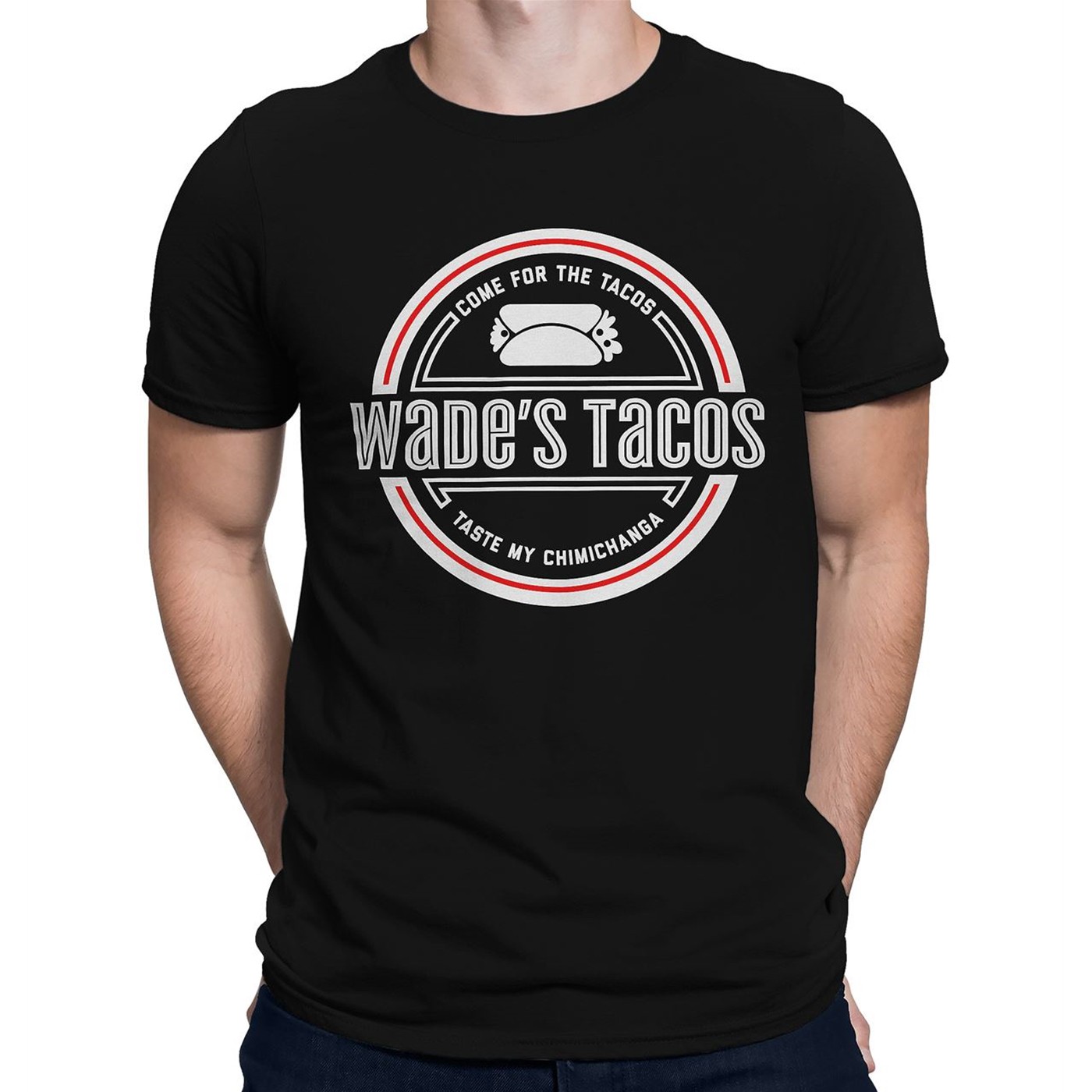 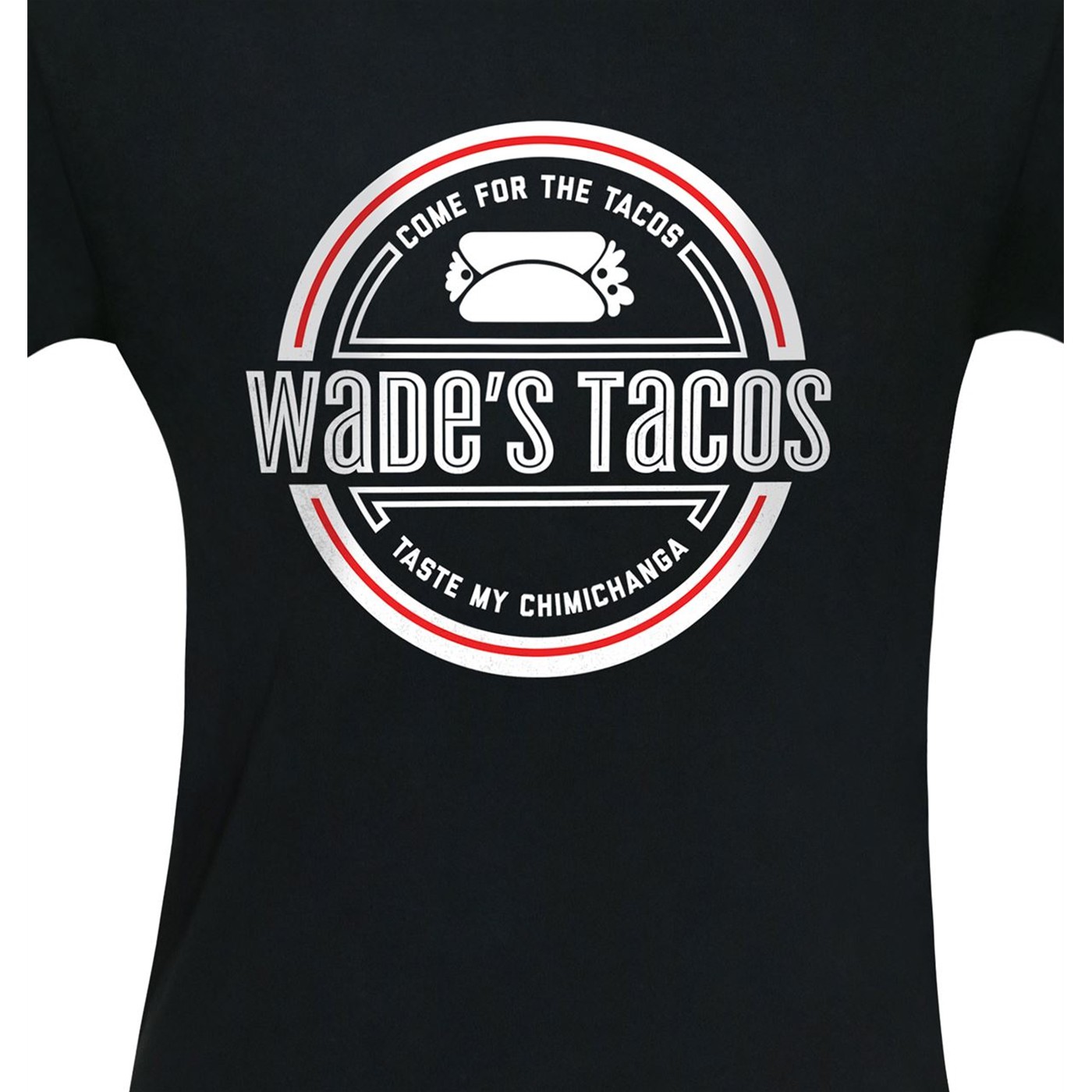 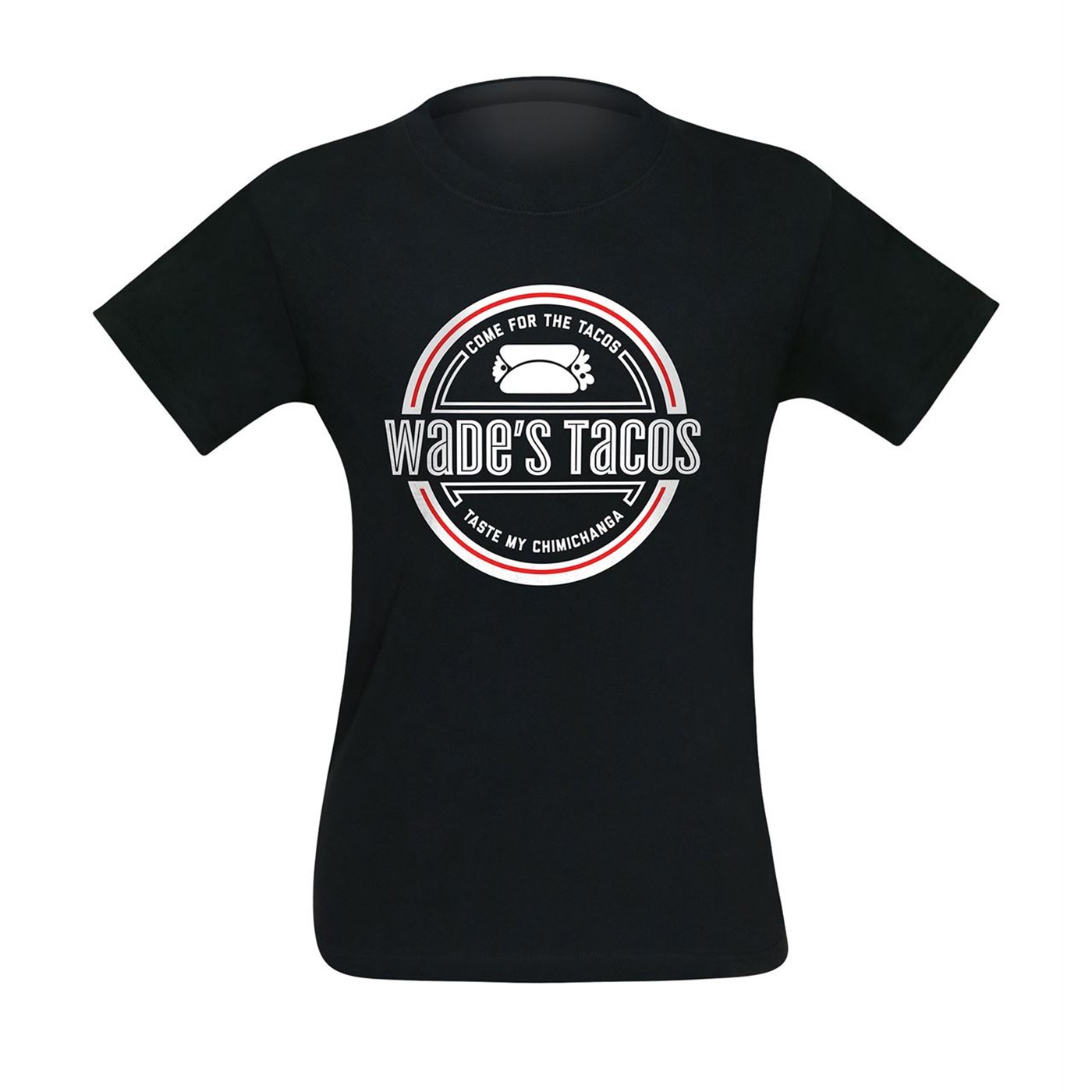 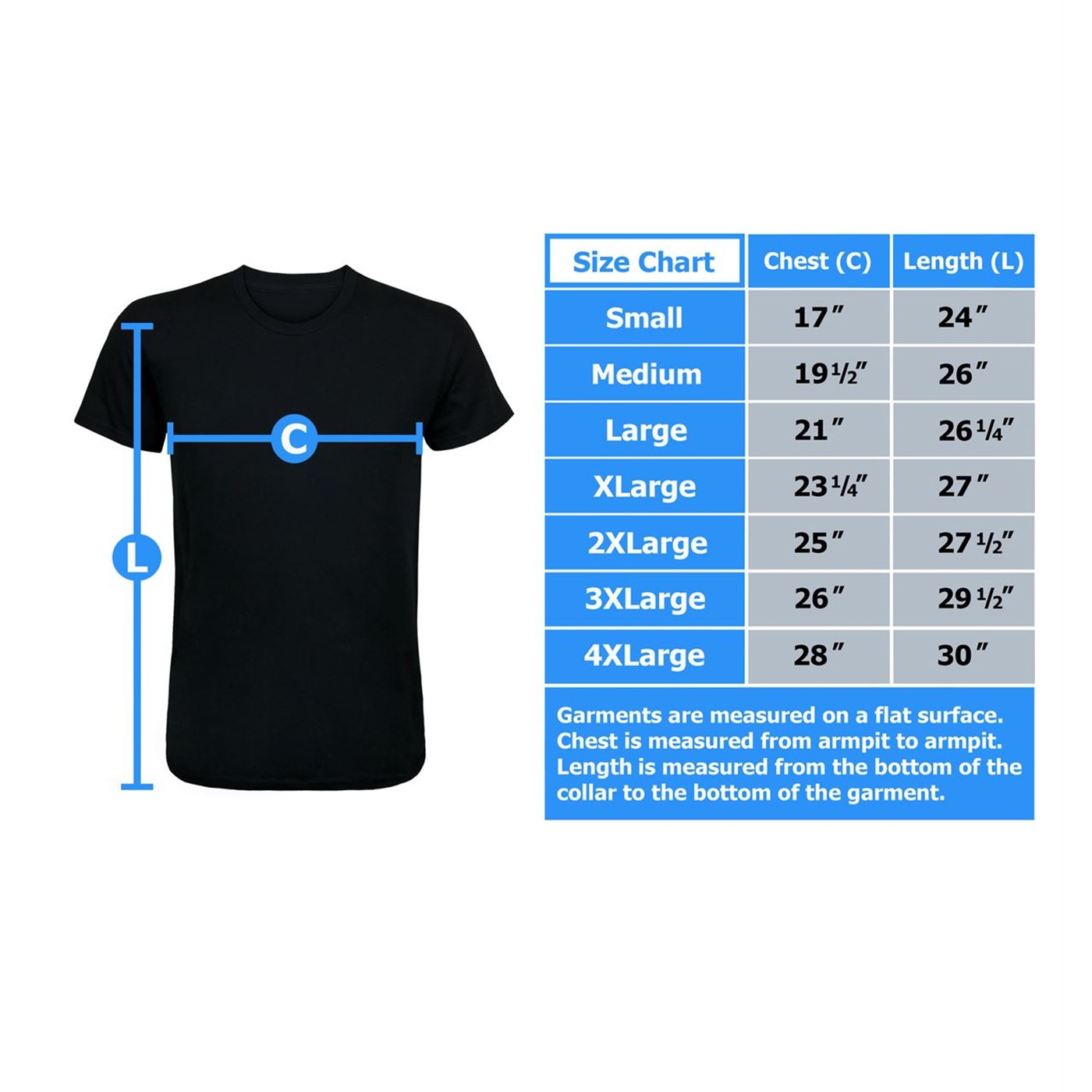 Come for the Tacos, stay for the inappropriate innuendos.

Look, you've been eating at Wade's Tacos for years and you took absolutely NO offense to the slaughtering of innocent cats for cheap taco meat.

You also didn't blink an eye when you bit into a finger while eating a chimichanga.

Why not? Because Wade Wilson -- the murderous, occasional X-Person who will be forever occasional because of the aforementioned murderous-ness -- is downright hilarious and utterly entertaining.

Made from 100% cotton, our Wade's Tacos Men's T-Shirt advertises the fake taco stand/restaurant/food truck run by the delirious and denigrating Deadpool.

Based on the Marvel Comics character who was barely surviving on ramen and breadcrumbs before the hit films, this EXCLUSIVE men's Deadpool shirt advertises an establishment forever on the FDA's watchlist.

Bought for a friend for Christmas, he loved it !