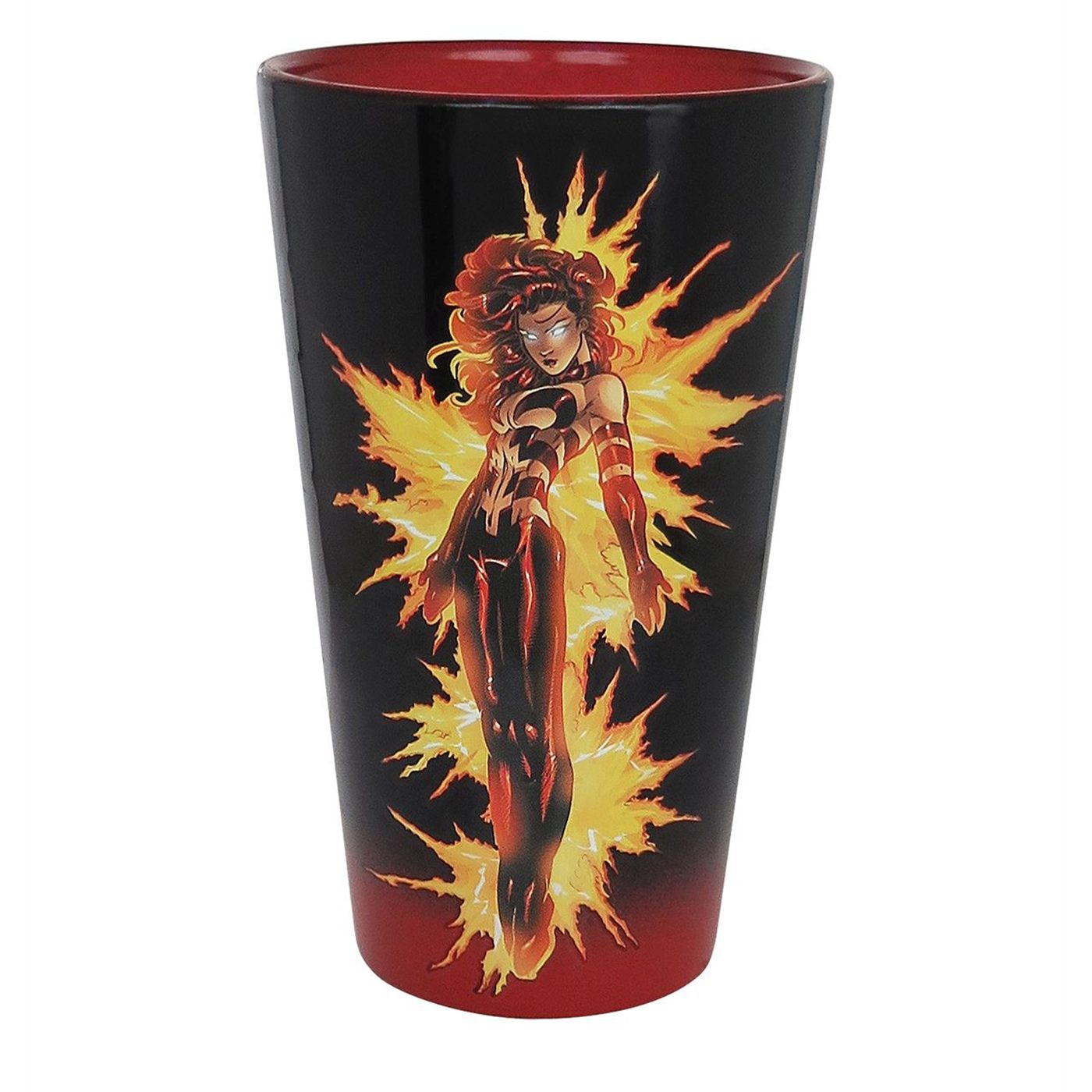 "I am fire! And life incarnate! Now and forever -- I am PHOENIX!"

-- said every poor unfortunate host of the Phoenix Force.

Look, the Phoenix Force is an all-powerful cosmic entity -- technically, it's the universal force of life made manifest.

This sounds all well and good, but it occasionally considers some aspects of life utterly useless. After passing judgement on said useless aspects, it completely annihilates said aspects. D'OH!

If only Jean Grey knew this before relaying psychic calls for help while piloting a damaged shuttle -- calls heeded and responded to by the Phoenix Force.

And yes, over time, the Phoenix Force drove her mad. Chaos and cosmic annihilation ensued.

Made from solid, colored glass, this Dark Phoenix pint glass features a black wrap-around background and a fiery orange base...

...because it's lit by the scalding psychic fires of a cosmic entity who sterilizes galaxies deemed ineffectual overgrowth.