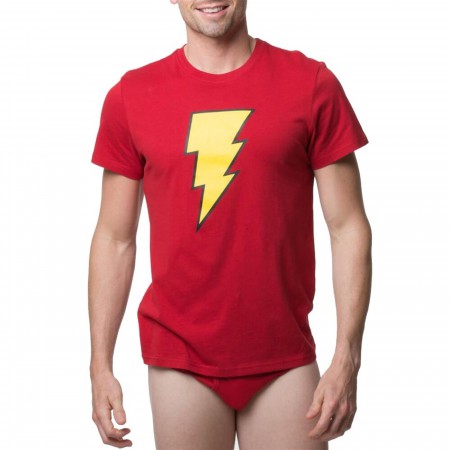 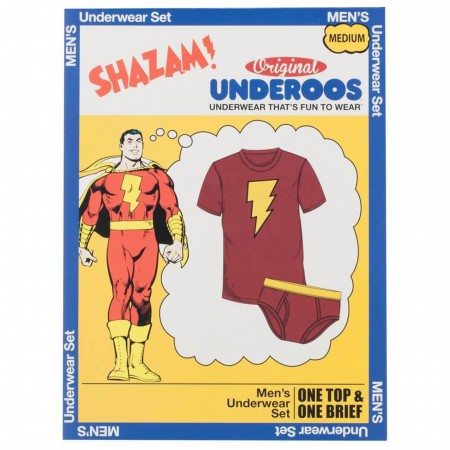 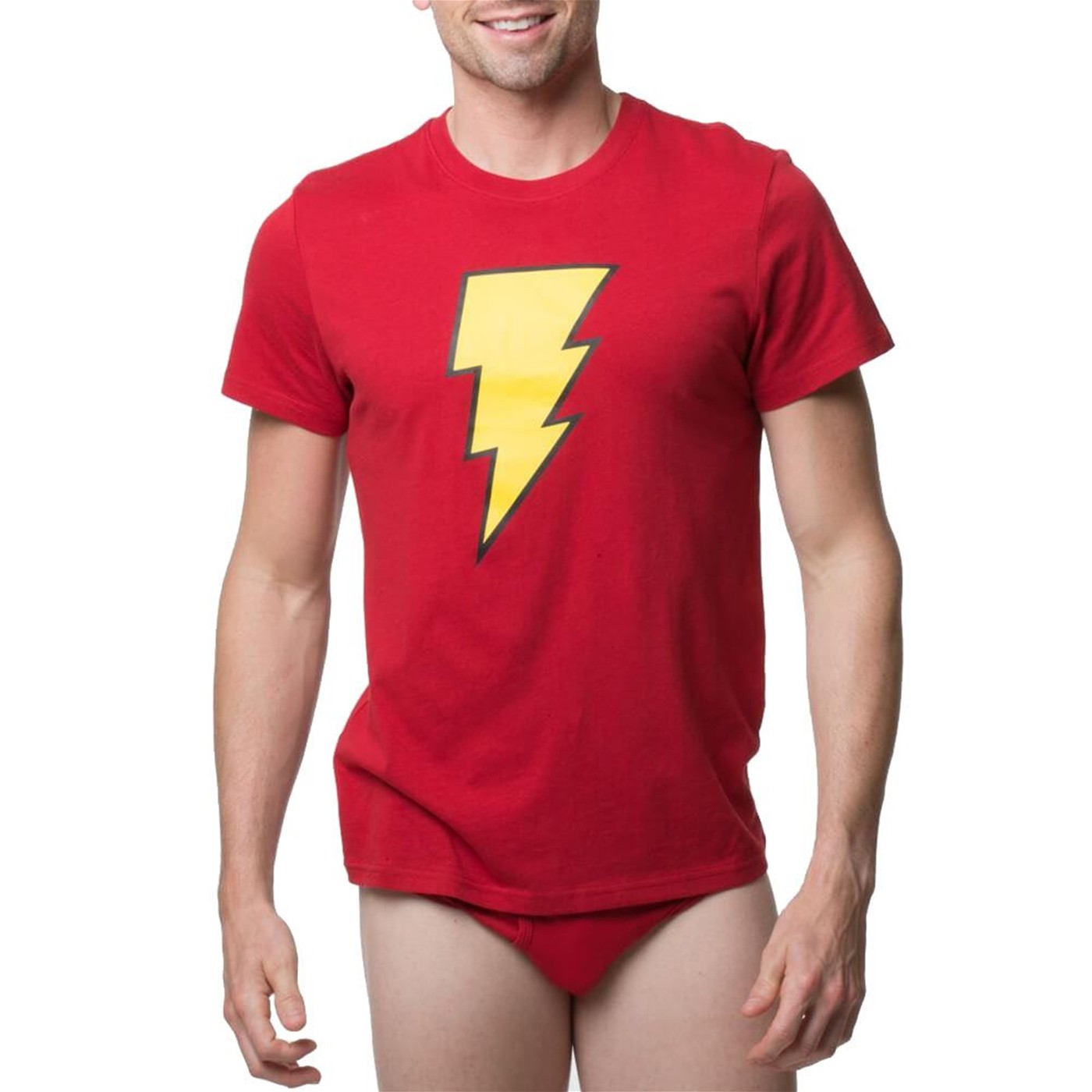 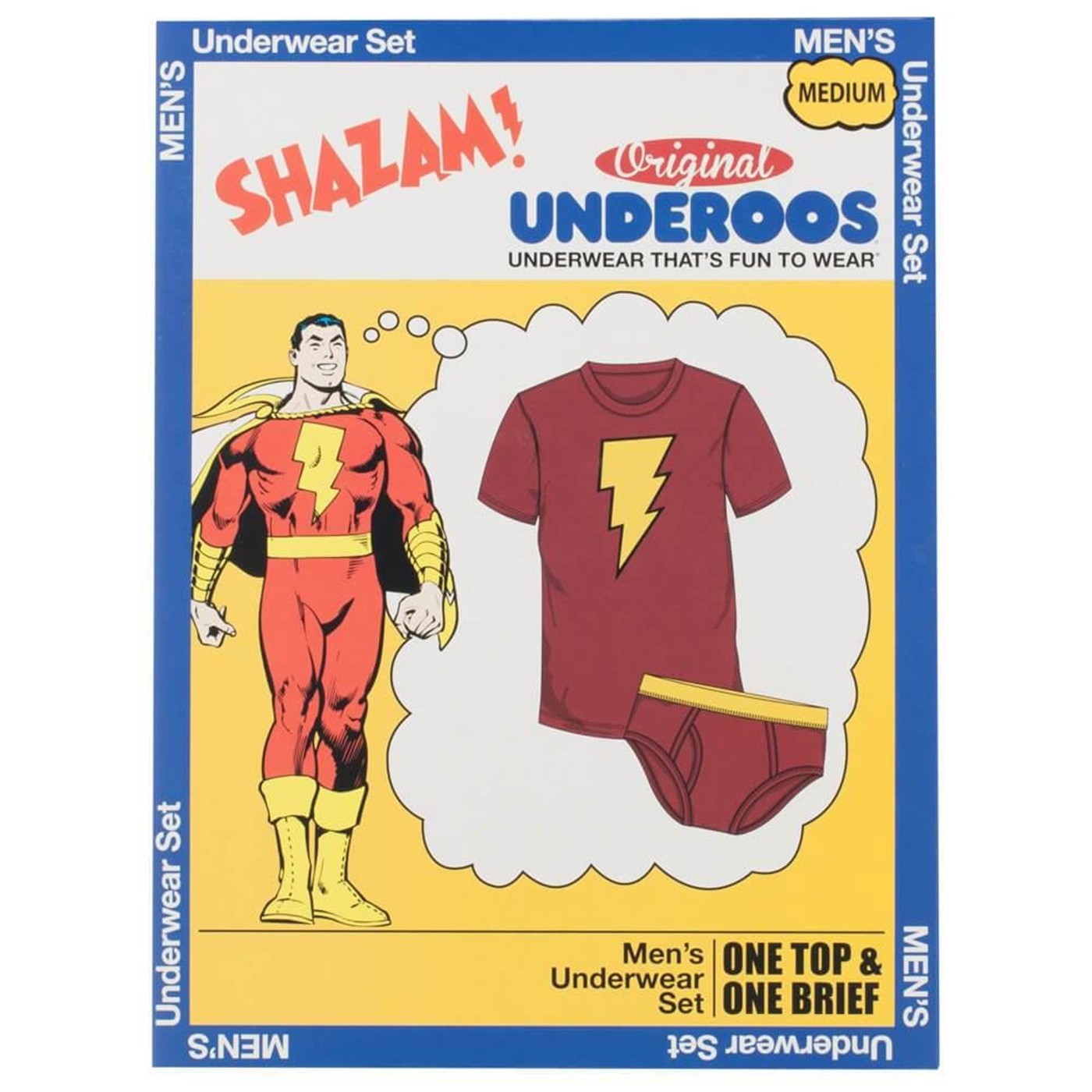 Try this in private first.

Wow. Just wow. Alrriigghht. Have you been having problems when you yell “Shazam!” and find yourself dressed only in your birthday suit when the smoke clears? That’s because you aren't wearing this Shazam shirt and briefs set.

Made by the same guys who developed Shazam’s suit, these are designed to keep you covered if you were to ever lose your pants. Turns out it was a real problem for Shazam starting out too. He would be running around for minutes sometimes before he realized he was in the buff.