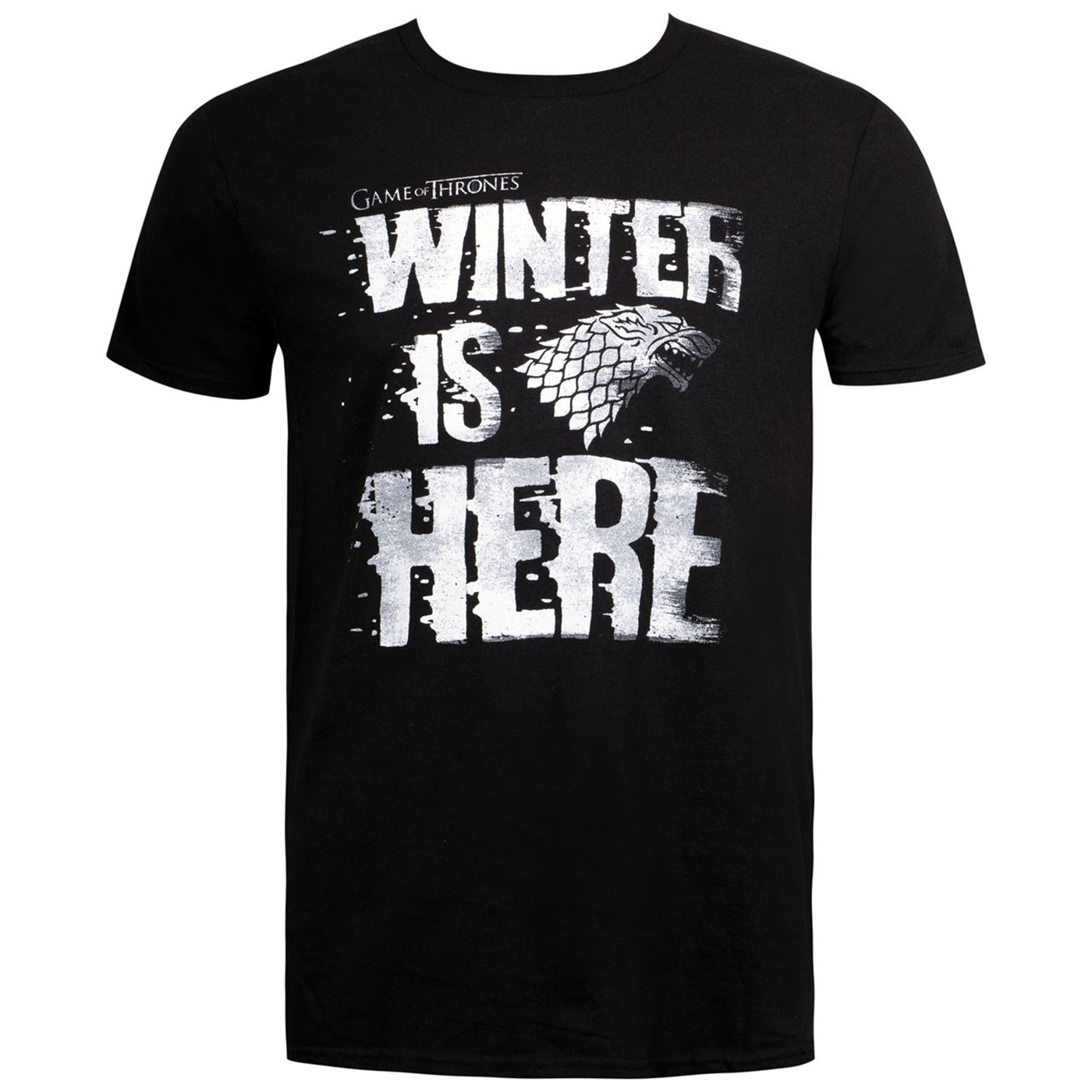 You thought Ned was kidding, didn’t you? You’d think people would have gotten the message after Ned said it at the end of every sentence, but the world is a mystery. Well, now it’s actually here and people are freaking out! You would be too if there was an army of undead ice warriors making their way down to Malibu. But also, you were warned...a lot.

Now you can help House Stark rub it in with this awesome Winter Is HERE t-shirt. Featuring the “Told you so” of the century along with the stark crest, this is one cool shirt. Pun intended.