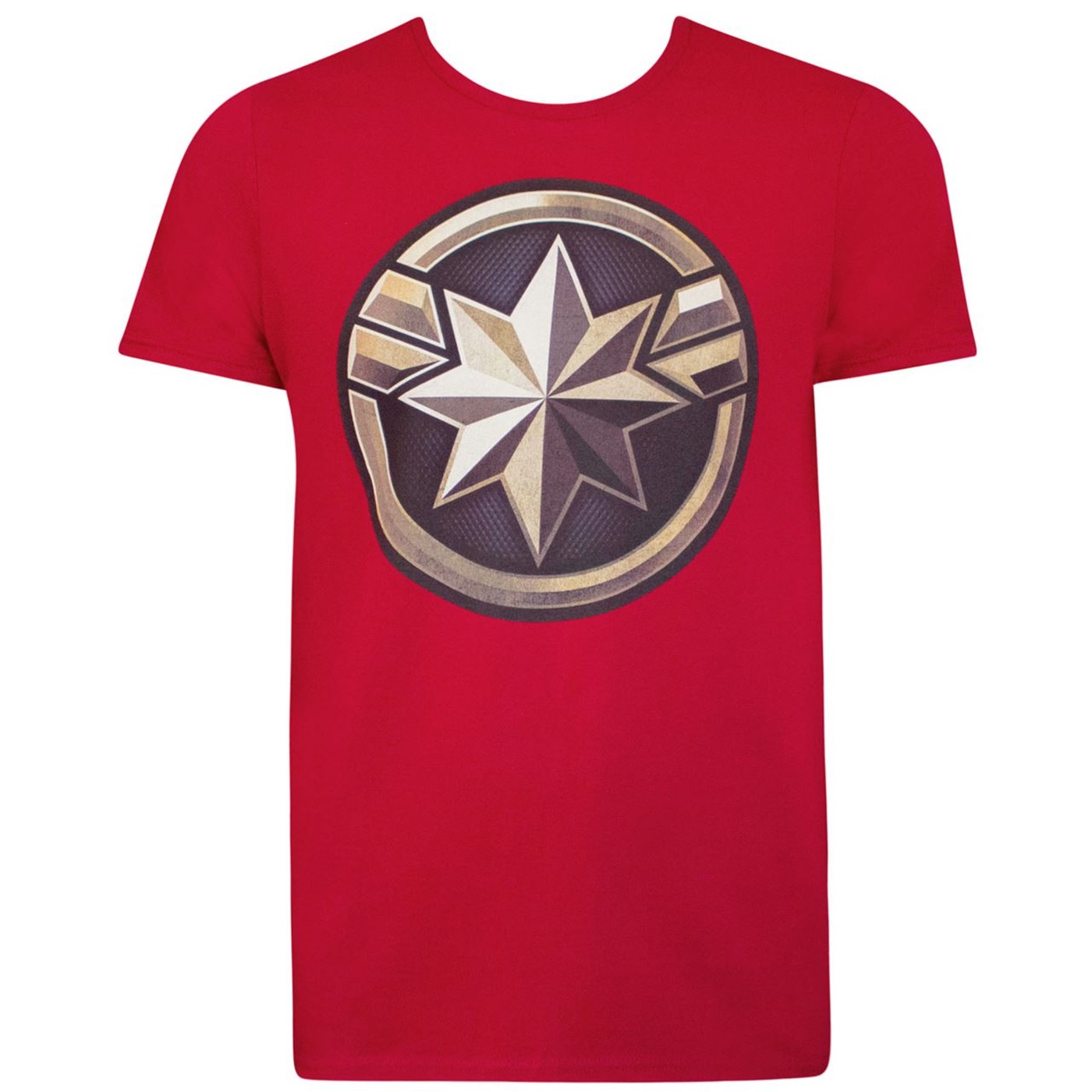 Just in time for the silver screen debut of one of Marvel’s strongest heroes, this classic Captain Marvel movie logo t-shirt was made to be worn to the premiere. Featuring nothing but Captain Marvel’s signature star symbol on a red tee shirt, you won’t have anyone wondering who you’re rooting for!

Before Nick Fury assembled the Avengers, he was running around with Carol Danvers while she showed him the intergalactic ropes. Before meeting Carol his life was pretty normal. Now we get to see how it got so crazy in the new Captain Marvel movie.