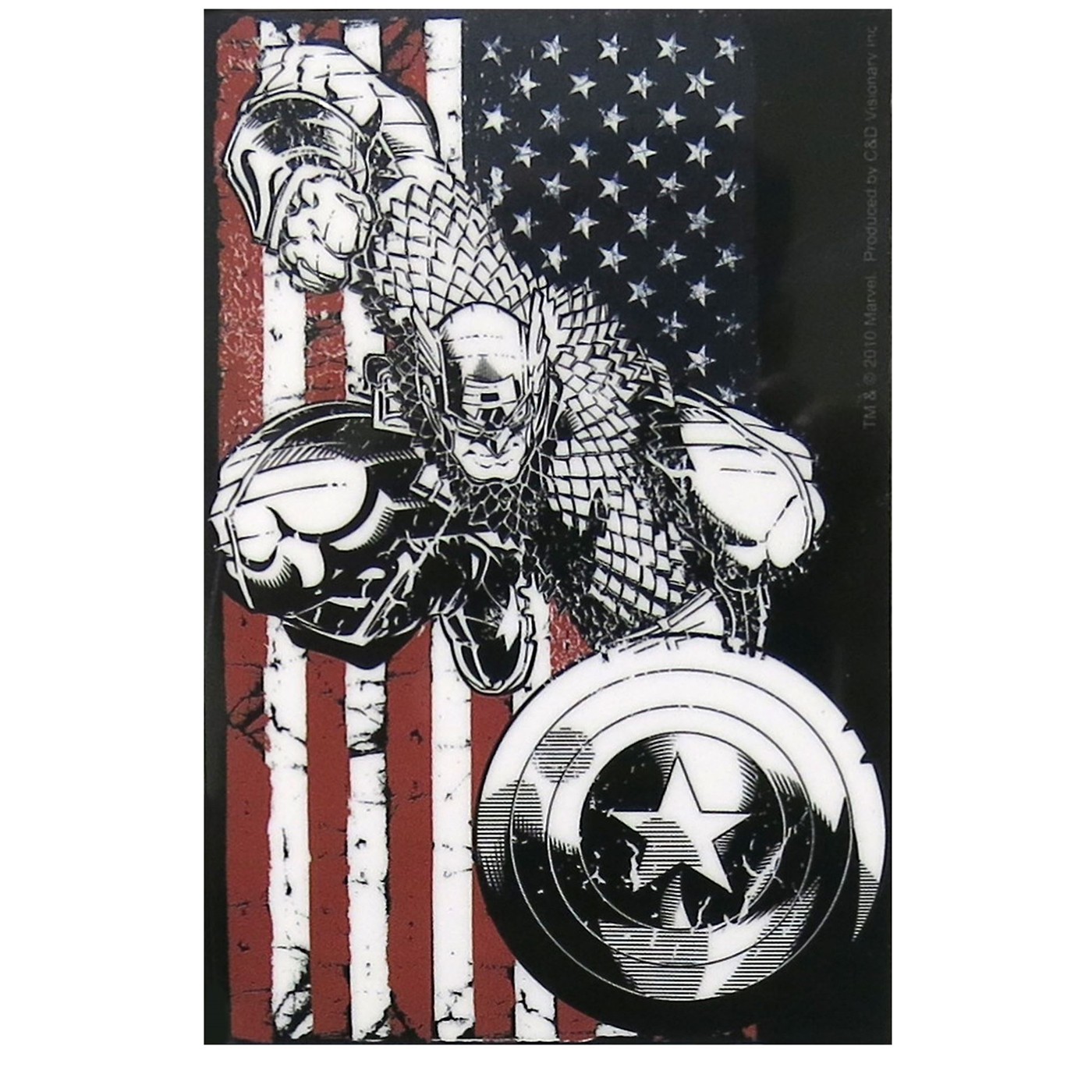 Captain America enjoys moonlight strolls on the beach, going to the movies, killing gnat-zi (pronounced like Brad Pitt does), and making his own ice cream called 'Patriot Peach Peppermint Party' or the P4 as it as commonly called. His scale mail is made of happiness and sunshine, his shield of candied sprinklings and what is found on the other end of rainbows. You know what? Just nix everything I just said, it doesn't make any sense anyways! Captain America is made of one thing, PATRIOTISM; with maybe like 1 or 2% Liberty, Freedom, and Justice kind of mixed in there. If he was a multivitamin, he is at least 100% of your daily political value and morals. Standing 5.25 inches high and 3.5 wide, this Captain America sticker hosts a Captain America about to just pounce on you. Probably for all of that stuff you said about him walking on the beach, candied sprinklings, and rainbows and whatnot.

Beautiful designed sticker but unfortunately the glue was terrible. It fell of the surface it was stuck in 3 days. =(

Submitted 8 years ago
My Shopping Cart
×
×