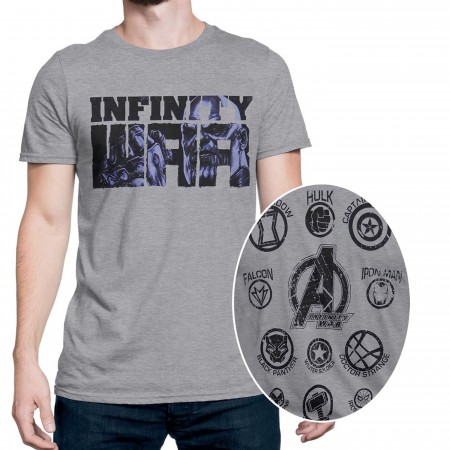 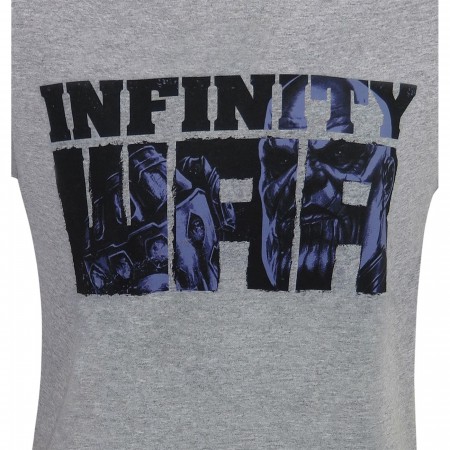 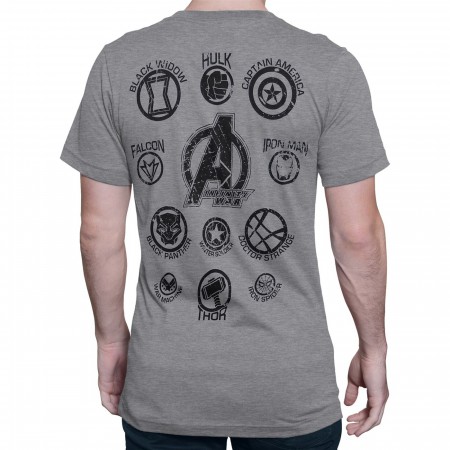 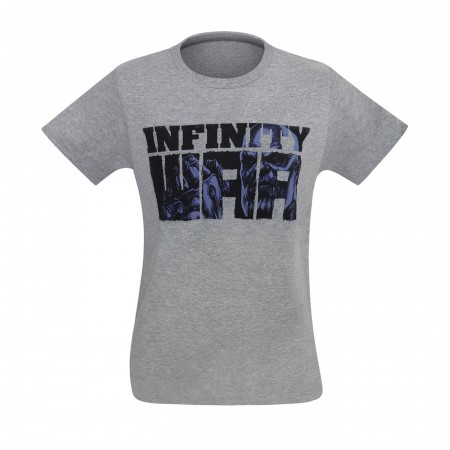 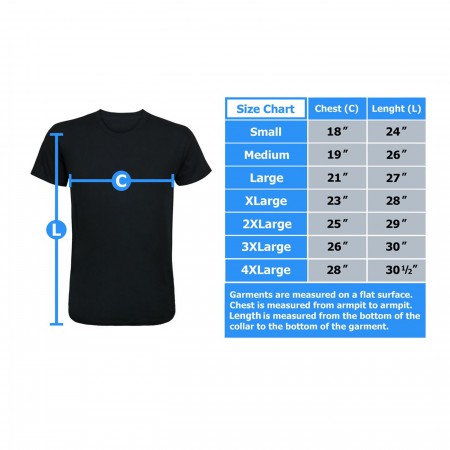 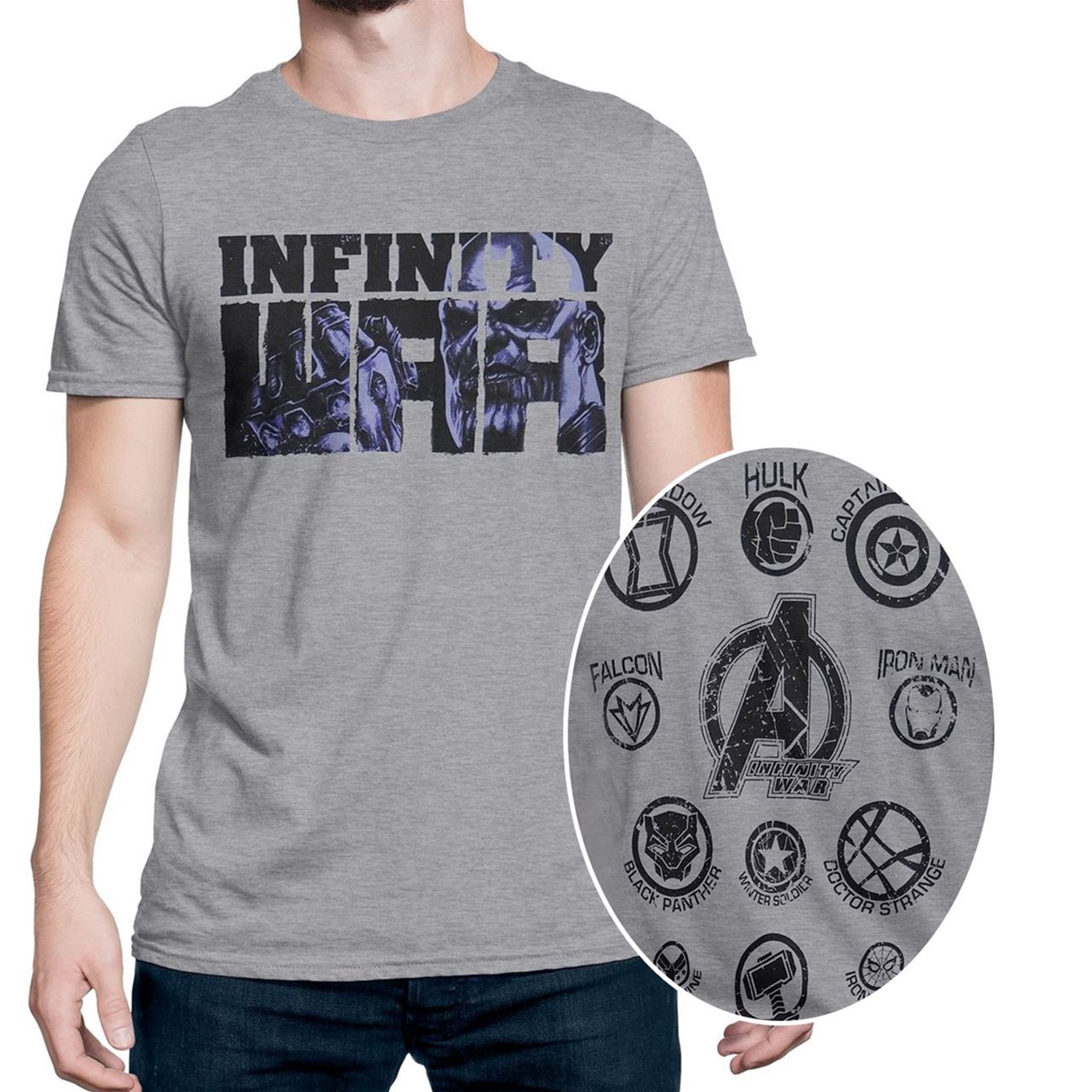 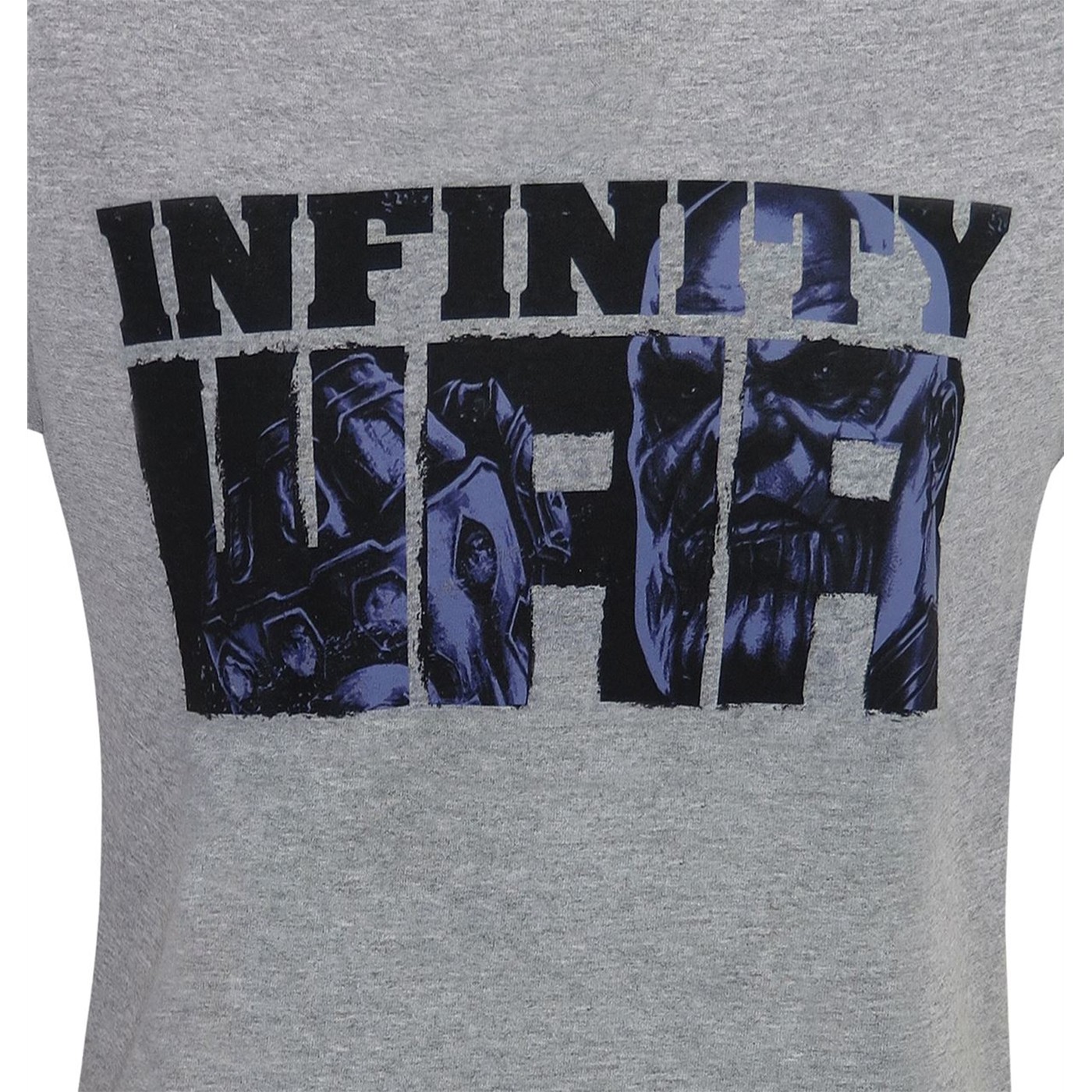 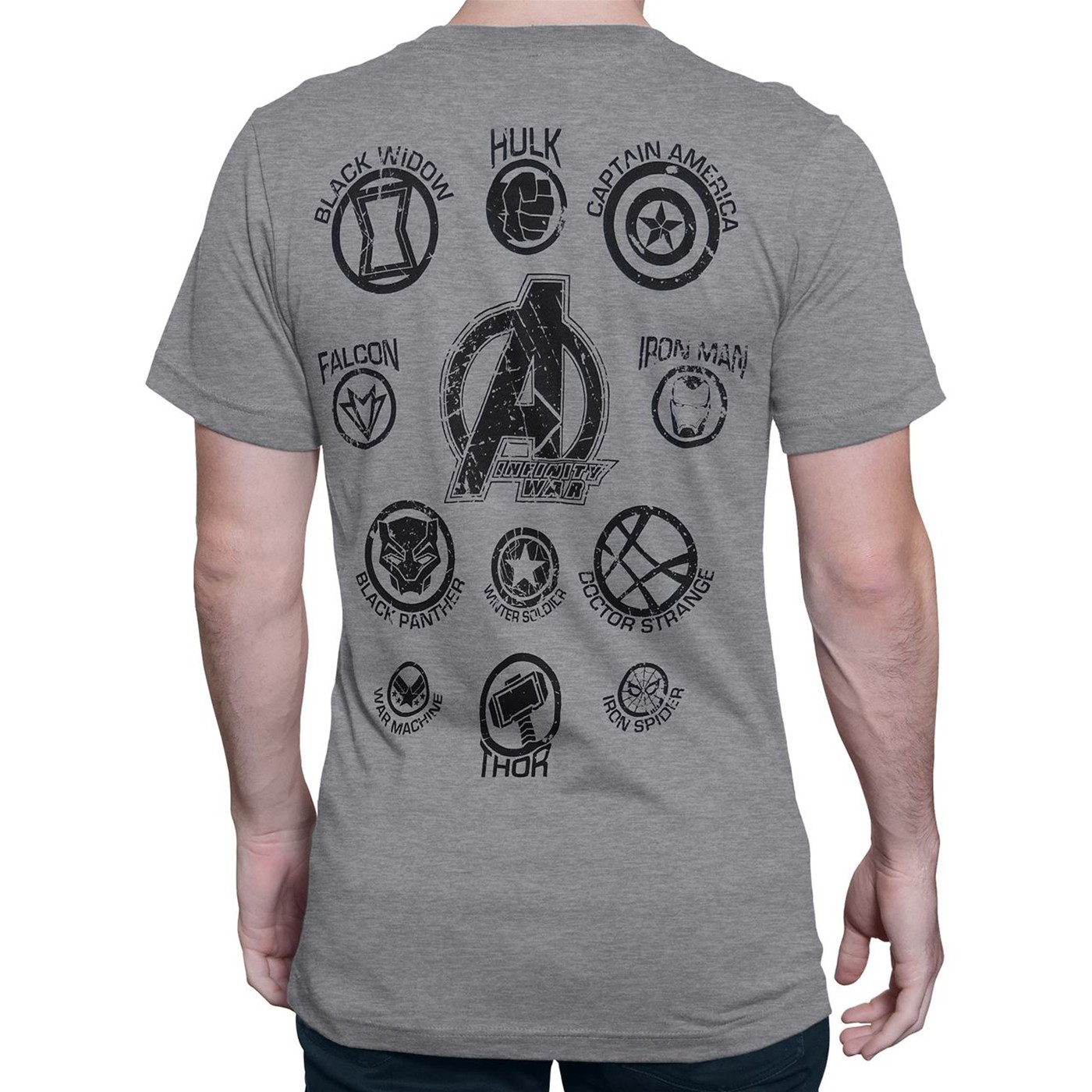 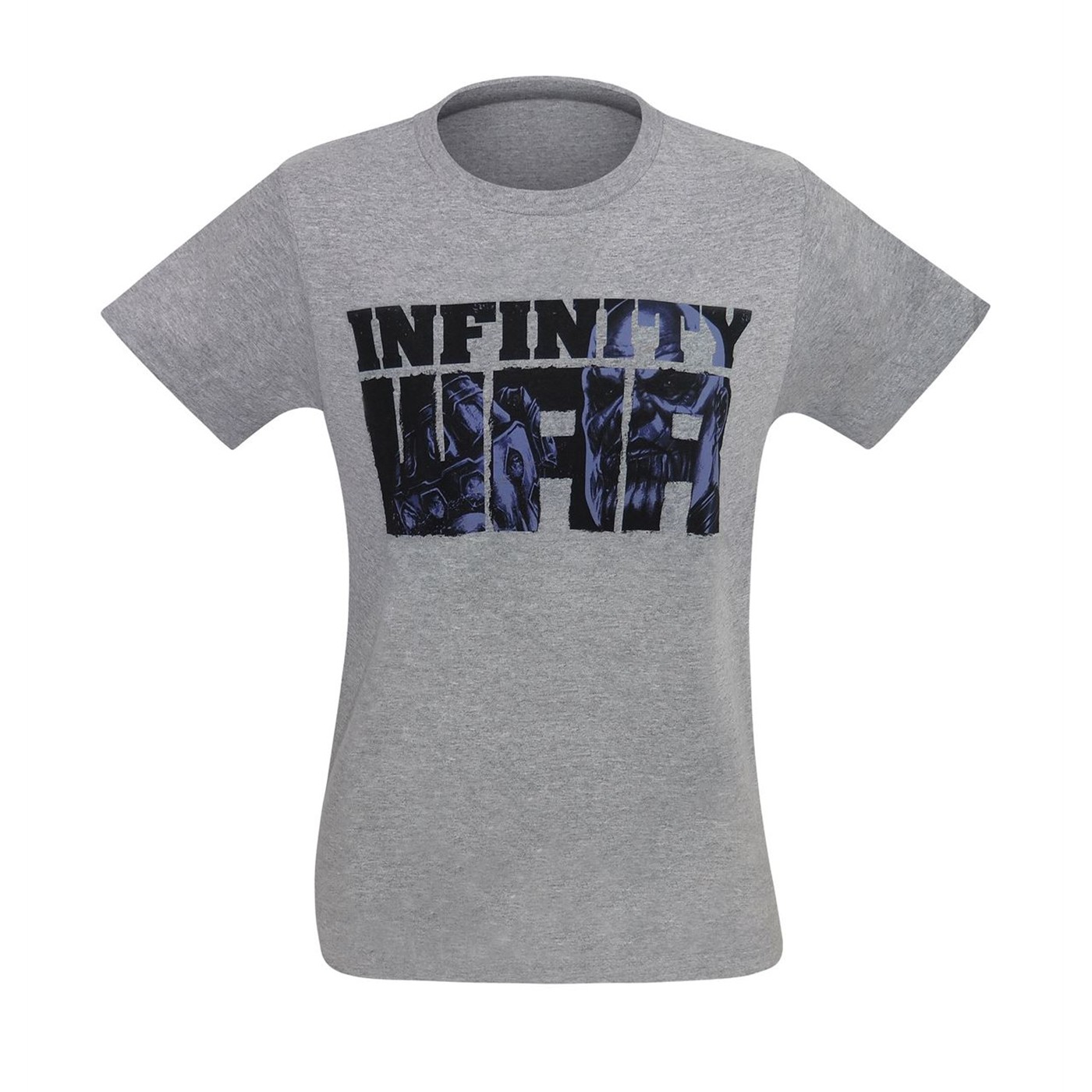 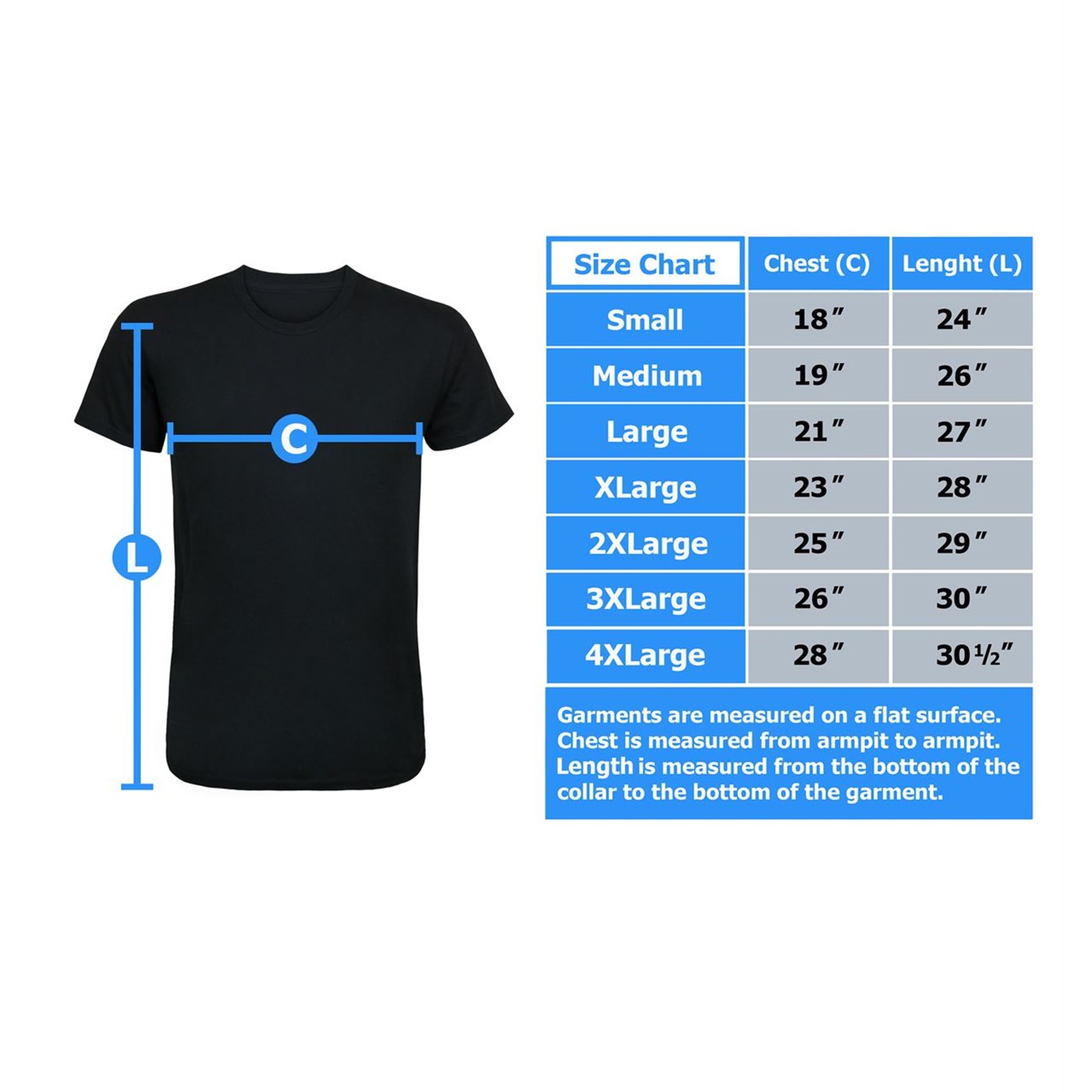 Curious about the names of Avengers -- and various super-people -- involved in the be-all, end-all battle against Thanos?

Curious about the names and the symbols of these valiant super-people who held the line -- briefly -- between Thanos and the complete destruction of everything everywhere?

Then I suggest taking a good hard look at the back of our Infinity War Thanos Vs Earth's Mightiest Men's T-Shirt -- these are the men, women, gods, enraged science experiments, and magic users who made the ultimate sacrifice during the war with Thanos.

Made from 90% cotton and 10% polyester, this EXCLUSIVE Avengers Infinity War t-shirt features a sizable Infinity War logo filled with an imposing image of a gauntlet-wielding 'Mad Titan.'

On the back of this Avengers Infinity War t-shirt, the name and symbol of several Marvel heroes who tried like hell to mitigate Thanos' violent Infinity Stone pilfering.

Based on the epic Marvel film TEN YEARS IN THE MAKING, this Infinity War t-shirt commemorates the various super-people who told Thanos "NO". Yes, they were killed for such an affront, but the act itself deserves acknowledgement.

I got a lot of positive comments from people!

Great material and loved the wording with pictures on it.